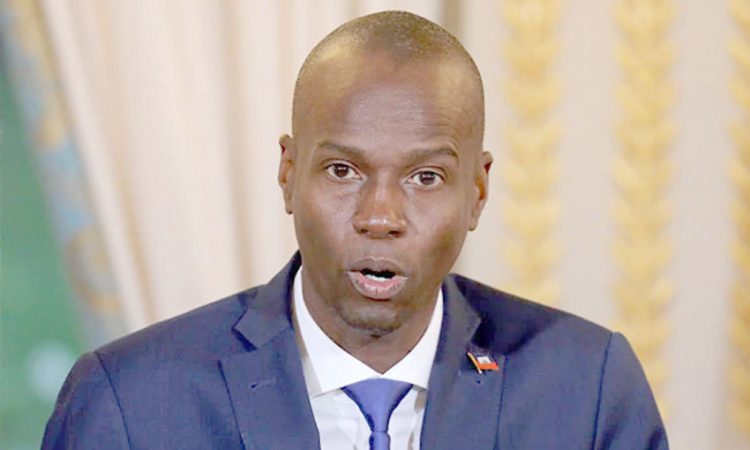 Port-Au-Prince, July 31:Amid an international manhunt for mercenaries and masterminds, Haiti police have brought up fresh accusations against a former Supreme Court judge over her links in the assassination of President Jovenel Moise. The police said that the judge, Wendelle Coq-Thelot, had met some Columbian mercenaries accused of killing Moise, reported news agency Reuters.

Moise, who took the office a year after he was elected in 2016, had been claiming that his presidential term should end in 2022, a stance backed by the US, the UN and the Organization of American States.
However, the Opposition wanted Moise to step down in February citing a constitutional provision that sets the clock when a president is elected, not when he takes office.
Coq-Thelot was ousted in February along with two other judges after Moise alleged a coup was being planned against him. Earlier this week, Haitian police issued an arrest warrant against the former Supreme Court judge.
Inspector General Marie Michelle Verrier, the spokesperson for the National Police of Haiti, told reporters that Colombian mercenaries and Haitian-Americans arrested in Moise’s murder case have indicated they met Coq-Thelot twice at her home.
“These people gave to (police) details of documents signed during the meetings at Mrs. Coq’s home,” said Verrier.
The spokesperson said that the police have raided the former judge’s main home and other residences in the countryside but her whereabouts remain unknown. A wanted poster for Coq-Thelot has also been launched, according to Reuters.
While Haitian police have arrested several suspected members of the “hit squad” made up of Colombians and Americans in connection with Moise’s assassination, they are yet to identify the masterminds and the motive behind the killing.