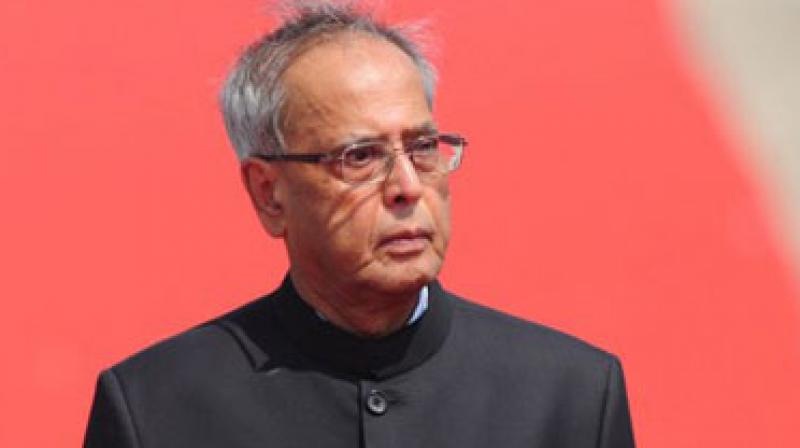 New Delhi, August 31: Former president Pranab Mukherjee, one of India’s most cerebral and respected politicians, died on Monday evening following a 21-day battle with multiple ailments. He was 84.
Mukherjee, who was admitted to the Army’s Research and Referral Hospital on August 10 and was operated for a removal of a clot in the brain the same day, is survived by two sons and a daughter.
The long-time Congress leader and seven-time parliamentarian had tested positive for COVID-19 at the time of his admission and was being treated for a lung infection. He had suffered a septic shock on Sunday due to it. Doctors said he died of a cardiac arrest at 4.30 pm.
His son Abhijit Mukherjee was the first to break the news of the death of the veteran politician.
“With a Heavy Heart, this is to inform you that my father Shri Pranab Mukherjee has just passed away inspite of the best efforts of Doctors of RR Hospital and prayers, duas and prarthanas from people throughout India! I thank all of You,” he said on Twitter.
As condolences poured in for India’s 13th president, who served as the country’s first citizen from 2012 to 2017, President Ram Nath Kovind described Mukherjee’s demise as the passing of an era.
A colossus in public life, he served Mother India with the spirit of a sage. The nation mourns losing one of its worthiest sons. Condolences to his family, friends & all citizens, Kovind said on Twitter.
Endowed with perspicacity and wisdom, Bharat Ratna Mukherjee combined tradition and modernity, Kovind said.
Expressing his condolences, Prime Minister Narendra Modi described him as a scholar par excellence and a towering statesman who was admired across the political spectrum.
“India grieves the passing away of Bharat Ratna Shri Pranab Mukherjee. He has left an indelible mark on the development trajectory of our nation. A scholar par excellence, a towering statesman, he was admired across the political spectrum and by all sections of society,” Modi tweeted.
Congress leader Rahul Gandhi said, “With great sadness, the nation receives the news of the unfortunate demise of our former President Shri Pranab Mukherjee.”
“I join the country in paying homage to him. My deepest condolences to the bereaved family and friends,” he said. (PTI)