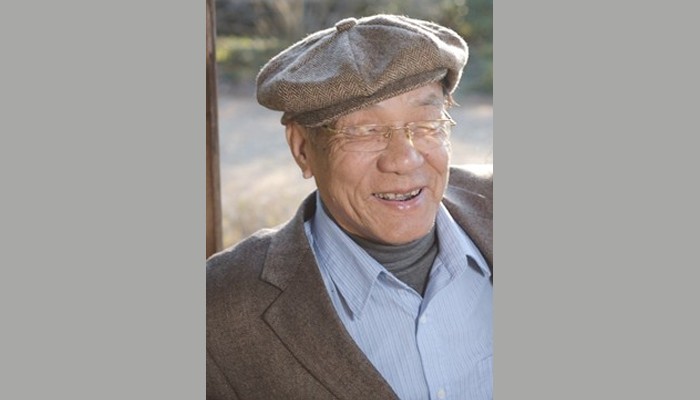 Dimapur, March 13: Former Speaker of Nagaland Legislative Assembly, M. Chenlom Phom passed away today at his residence after a prolonged illness. He is survived by his wife Chubasenla, 4 sons, one daughter and 13 grand children.
The funeral service will be held on March 14, at 10 a.m. at his private residence at Purana Bazar, Dimapur. His mortal remains will be buried at Yachem village on March 16 after a funeral service at Longleng on March 15.
Late Chenlom Phom joined politics in 1973 and contested as a UDF candidate in 1974 State general election from Longleng constituency but lost the seat. In 1977 he re-contested as a UDF candidate again from Longleng constituency and won the seat, and served as an opposition member of the assembly till 1979.
He served as Minister of State for Relief and Rehabilitation, Education and Jails from 1980-1982. In 1982 he was re-elected as an NNDP candidate from Longleng constituency. In 1985 he was sworn in as the Deputy Speaker of the assembly, and became the speaker in 1987.
In 1987 he was re-elected as a Congress candidate from Longleng constituency and served as Cabinet Minister for Geology and Mining, and Art & Culture. In 1989 be contested as a Congress candidate and lost, but again got re-elected inn 1993 as an NPC candidate. From 1995-1997 he served as the Chairman of the Nagaland Sugar Mill Corporation. In 2003 he was again re-elected as a JDU candidate and served as Cabinet Minister for Fishery, Printing and Stationary from 2003-2005. From 2005-2008 he was made Advisor of DUDA (Department for Under Developed Areas) and Border Affairs.
Condolences:
Chief Minister, Neiphiu Rio has expressed shock at the demise of late M Chenlom Phom, former Minister, who passed away today.
In a condolence message, Rio stated that late Phom was a senior statesman and he had the privilege of knowing him since he was first elected to the 4th Nagaland Legislative Assembly in 1977 from the UDF.
Rio said that in Chenlom’s demise Nagas have lost a seasoned leader whose absence would be deeply felt by all those who were known to him and those who worked closely with him.
Rio, his wife and family expressed deepest condolences to the members of the bereaved family.
NLA Speaker:
NLA Speaker, Vikho-o Yhoshu, while condoling the demise of Chenlom Phom, described him as a dynamic public leader who dedicated his life for the welfare of the Naga people.
In a condolence message, Yhoshu said the state has lost a committed leader which would be felt greatly by the Naga people in general and the Phom tribe in particular.
He, on his own behalf and on behalf of the Nagaland Legislative Assembly, conveyed heartfelt condolences to the wife and children and prayed that Almighty God grant them solace to withstand the loss.
Pangnyu Phom:
Health & Family Welfare Minister, Pangnyu Phom also expressed shock at the demise of former Minister, Chenlom Phom
In a condolence message, Pangnyu said that late Chemlom was dedicated to the service of the Naga people and Phom community in particular and his immense contribution to the Naga society as efficient, sincere and charismatic leader would be remembered and cherished.
Stating that in his demise the Nagas have lost a seasoned leader, the Minister, his wife and family members conveyed heartfelt condolences to the bereaved family.
(Page News Service)