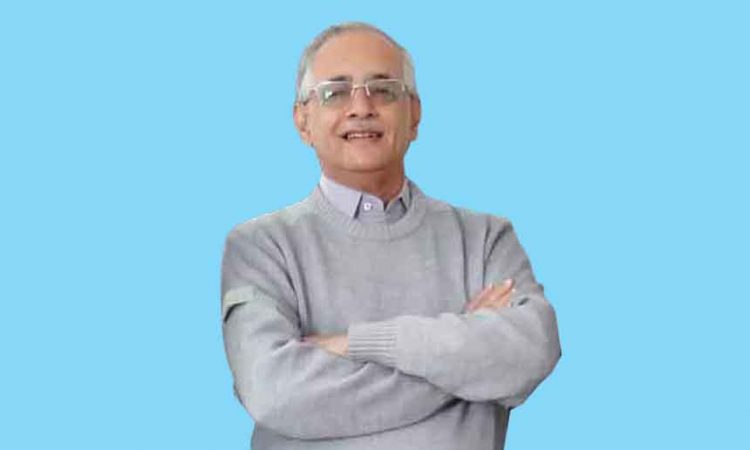 Dimapur, April 18: Former Nagaland Chief Secretary, Padma Shri AM Gokhale passed away Sunday morning at Pune due to Covid-19. He was 75.
Late AM Gokhale, a 1968 batch IAS officer of Nagaland cadre, served in various capacities in Nagaland till his superannuation in January 2006. He had also served as Secretary to the Government of India.

Late AM Gokhale is credited with the development of the concept of Village Development Board (VDB) in Nagaland, which decentralized development to the village level, much before the Panchayati Raj institutions were brought in the rest of the country. He was awarded Padma Shri for this path breaking work.
Building on the strengths and traditions of the people of Nagaland and merging it with his passion for conserving environment, late Gokhale also established the Nagaland Environment Protection and Economic Development (NEPED), building a motivated and dedicated team from scratch, which for the first time also brought in financing from external agencies to Nagaland. Its success motivated the State Government to set up a number of other missions such as the Bamboo Mission, Honey Mission, etc.
CM, CS condoles
Chief Minister Neiphiu Rio has expressed grief at the passing away of Padma Shri AM Gokhale today, saying his demise is a loss which is not limited to his immediate family members but to also in Nagaland.
“Late Gokhale was an exceptional officer, an optimist, a true leader and a thinker par excellence, who during his more than three decades of service in the Indian Administrative Service bought about revolutionary changes in Nagaland,” he said while highlighting the development of VDB and NEPED.
The people of the entire state shall continue to fondly remember the passionate manner in which he executed and put in place the necessary foundation to ensure the VDB’s success and sustainability, he said.
“Shri Gokhale always did what was in the best interests for the people of the State, and he will always remain in the hearts of the people of Nagaland. His death to COVID is a great loss to the people of Nagaland,” the CM said while extending deepest condolences to the bereaved family. He also prayed for his soul to rest in peace.
CS: Nagaland Chief Secretary, J Alam, IAS has also expressed grief at the sudden demise of Am Gokhale, IAS (Retd), former Chief Secretary of Nagaland and former Secretary to the Government of India.
Late Shri Gokhale was a gifted bureaucrat with a limitless capacity for innovative thinking, change management and team building. Throughout his life, he remained dedicated to the cause of development of the rural poor, J Alam said in a condolence message.
“In his sad and untimely demise, we have lost a fine gentleman with infectious energy and dedication, a team leader and a true friend and benefactor of the people of Nagaland. His lasting legacy of VDBs and NEPED will continue to inspire and guide the young civil servants and the people of Nagaland for all time to come,” he said.
On behalf of the State Government, the CS conveyed respectful condolences to the bereaved family.
NPCC: The Nagaland Pradesh Congress Committee (NPCC) has expressed grief at the passing away of AM Gokhale (IAS), former Chief Secretary, Nagaland and recipient of Padma Shri.
“Shri A.M. Gokhale was indeed a socialist at heart and he dedicatedly served the people with purpose guided by his socialist mindset. His continued zeal to empower the grassroots by bringing government mechanisms to them saw the formulation and birth of the VDB system and NEPED amongst a host of other achievements throughout a lifetime of public service. The fruits of his wisdom and labour will continue to be enjoyed for generations to come,” said NPCC Therie in a condolence message.
“His affable personality and love for the Nagas will also be fondly remembered and cherished while his contributions to Naga society will remain etched in our history with gratitude.”
The NPCC offered deepest condolences to the bereaved family and prayed for his soul to rest in peace.
NRDSA: The Nagaland Rural Development Service Association (NRDSA) has expressed shock and grief over the demise of AM Gokhale, Chief Secretary (Rtd) of Nagaland in Pune.
“He will always be remembered as the man who founded the VDB in Nagaland,” it said.
The NRDSA extended deepest condolence to the bereaved family, and prayed for the departed soul to rest in eternal peace.

KVC, KWSK: The Khezhakeno Village Council (KVC) and Khezhakeno Welfare Society Kohima (KWSK) have also expressed grief over the demise of AM Gokhale, who was the former DC Phek and former Chief Secretary, Nagaland.
“Late AM Gokhale left behind a great legacy to the Nagas, particularly to our Khezhakeno villagers. His special regard to this ancestral heritage village and his love for our people shall be deeply imprinted in our hearts to be cherished. His tireless efforts towards trying to resolve boundary issues and initiate various developmental activities shall be remembered always,” it said.
Paying homage to the departed officer, the KVC/KWSK extended heartfelt condolences to the bereaved family members. (Page News Service)