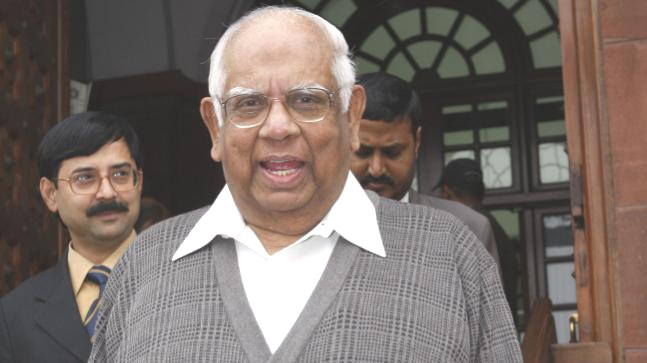 Kolkata, August 13: Former Lok Sabha Speaker Somnath Chatterjee passed away at a private hospital here this morning following multiple organ failure, a senior hospital official said.
He was 89 and survived by wife, a son and two daughters.
Chatterjee passed away at around 8.15 am after his condition deteriorated following yesterday’s “mild heart attack”, the official said.
Chatterjee was suffering from a kidney-related ailment and was admitted to the hospital in a critical condition on Tuesday last.
“He suffered a multiple organ failure and had stopped responding to treatment since late last night. He passed away this morning at around 8.15 am,” the official told PTI.
Chatterjee had suffered a mild heart attack yesterday morning, but was revived. He was undergoing treatment in the ICCU.
Last month, the former speaker had suffered a hemorrhagic stroke.
He was under treatment for the past 40 days and was discharged from the hospital just for three days after his health showed signs of improvement.
However, his condition deteriorated last Tuesday and he had to be hospitalized again, the official said.
A 10-time Lok Sabha MP, Chatterjee was a central committee member of the CPI(M), which he had joined in 1968.
He was the Speaker of the Lok Sabha from 2004 to 2009.
The veteran leader was, however, expelled from the CPI(M) in 2008 for refusing to resign as Speaker after his party withdrew support to the UPA-I government. (
PM condoles demise of Somnath Chatterjee
Somnath Chatterjee made Indian democracy richer, Prime Minister Narendra Modi said today condoling the demise of the former Lok Sabha Speaker.
Describing him as a stalwart of Indian politics, the prime minister said, Chatterjee made Parliamentary democracy richer and was a strong voice for the well-being of the poor and vulnerable.
“Anguished by his demise. My thoughts are with his family and supporters,” Modi tweeted. (PTI)