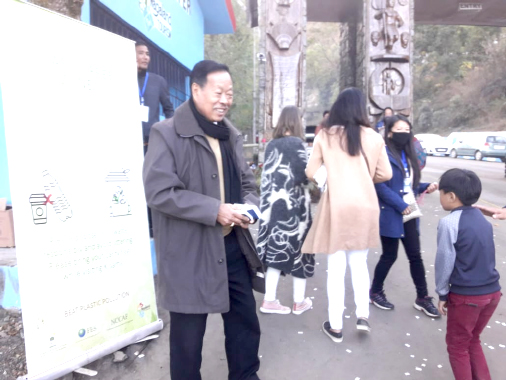 Kohima, December 9: Former lawmaker Deo Nukhu has turned into an evangelist as he was seen distributing Holy Bibles to tourists and visitors at Naga heritage village Kisama on Sunday.
The former MLA and his wife were seen distributing Bibles to people at Naga heritage village Kisama – the main venue of the International Hornbill Festival. There were many takers as the former lawmaker did missionary works.
Nukhu who is seen as a God fearing man by many was an MLA from Chizami Assembly Constituency in Phek district. He lost the last general election. He is also a retired bureaucrat.
(Page News Service)

RPP to initiate crowd-funding for completion of Foothill Road