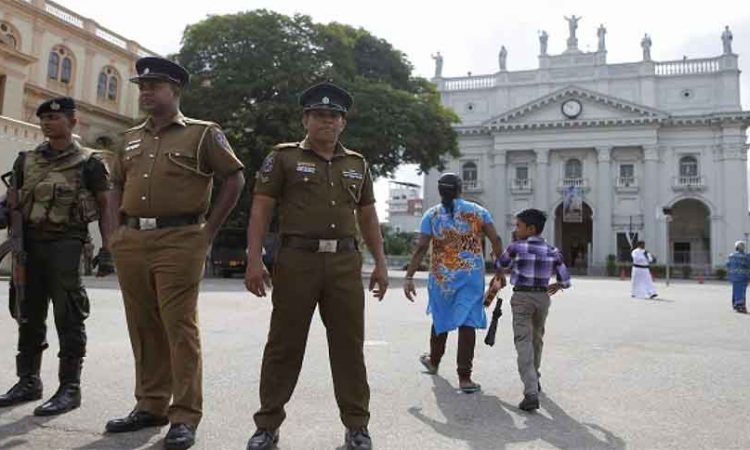 Colombo, April 24: Sri Lankan Police on Saturday arrested a former minister and his brother for allegedly aiding and abetting the suicide bombers responsible for the 2019 Easter Sunday attacks in which 258 people, including 11 Indians, were killed.

Rishad Bathiudeen, the leader of a minority Muslim party that is part of the main Opposition party, the SJB, and his brother Riyaj Bathiudeen were arrested from their respective residences.
They have been arrested under the provisions of the prevention of terrorism Act based on direct, circumstantial and scientific evidence,” Ajith Rohana, the senior deputy inspector general who is also the police spokesman, said.
Nine suicide bombers, belonging to local Islamist extremist group National Thawheed Jamaat (NTJ) linked to ISIS, carried out a series of blasts that tore through three churches and as many luxury hotels in Sri Lanka on Easter Sunday on April 21, 2019.
In May last year, Riyaj was arrested for making contacts with suicide bombers and given bail in October. Rishad, a former Minister of Industry and Commerce, was arrested in October and given bail in November over the misappropriation of state resources.
Their arrests came just after the second anniversary of the deadly attacks.
Ahead of the anniversary, Cardinal Malcolm Ranjith, the head of the Catholic Church in Sri Lanka, has expressed doubts over the bail being granted to Riyaj.
He wondered if the action was due to a political deal.
In late October, some of the legislators who are members of Rishad’s party had voted in support of the government for the twentieth amendment to the Constitution.

Ranjith also expressed disappointment over the findings of the government probe panel and demanded action against those named in the report for their negligence to stop the attacks despite having prior intelligence.
The government, under pressure from the Cardinal, has maintained that recommendations of a presidential panel on the attack had been referred to the Attorney General for further action and the government would not protect anyone. (PTI)