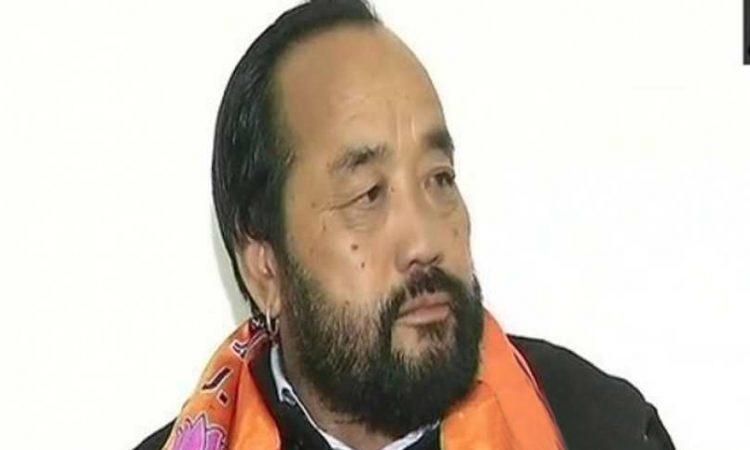 KOHIMA, FEBRUARY 16: Discontinuation of Special Plan Assistance (SPA) from the Centre and lack of State own resources are the reasons for the inability to complete the Foothill Road in Nagaland, informed Deputy Chief Minister and Minister in-charge of National Highways, Yanthungo Patton on Day-3 of the 7th Session of the 13th Nagaland Legislative Assembly.

Patton said that the long felt need of the State to construct a road along the foothill areas without passing through Assam is still yet to be made operational. The main reason for this, he said, was lack of State’s own resources to address this need. However, the State Government has and is committed to see that this is made into reality and have therefore been taking up this issue with the GoI at every level, he said.
Since Nagaland shares its major borders with Assam along the foot hills areas of the North western part of the State encompassing large areas of Mon, Longleng, Mokokchung, Wokha and Dimapur Districts, the completion of the road apart from convenience of travel, also has the potential to bring about changes in the socio-economic front, he said.
Patton informed that a proposal for covering the State with a major road across the foothill areas traversing the existing roads to the best possible extent and connecting obligatory habitations of the State to provide single lane foothill connectivity was proposed covering a total distance of 342 Km amounting to Rs 236 crores. He said the proposal under the Special Plan Assistance (SPA) was approved by the Government of India during 2013-14 and sanctioned Rs 235 crores under the SPA.
Accordingly, works were taken up from 2013-14 onwards as per the budget allocation only and not as per the approved amount. The approved budget provision were Rs 4000 lakhs in 2013-14 and Rs 2700 lakhs in 2014-15.
Regrettably, the SPA funding discontinued from 2015-16 onwards and therefore, all items of work projected in the proposal could not be taken up, Deputy CM informed.
Nonetheless, works taken up as per the budget provisions has led to the construction of a 129.60 Km length of road formation cutting/embankment of the unconnected portion was taken up and completed. Construction of 2-lane RCC Bridge (134.80 M Span) over Doyang River near Governor’s camp is under progress, he said.
Patton further informed that the road is now affected by landslides, subsidence etc. and thus not pliable. In view of fund constraints, no new works have been taken up since 2015-16. However, in order to make the road pliable, the department has submitted a proposal estimate for clearance of landslides, construction of side drains, cross drains, minor bridges and metaling works including the balance amount required for the completion of the Doyang Bridge amounting to Rs 143.67 crores, which is under examination, he added.
In the meantime, the State Government in all earnestness is continuously pursuing with the central government for release of the balance funds under the SPA so that the works can be completed, informed Patton.
“Rest assured the Government is and will continue to pursue these very important projects in the coming days,” stated Patton.
(Page News Service)