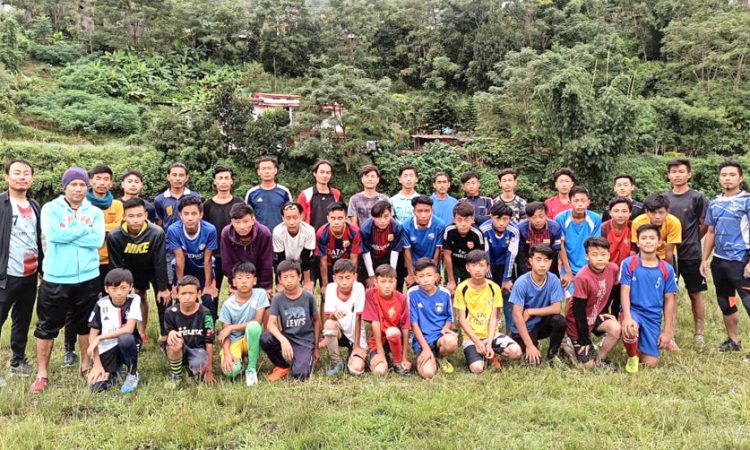 Kohima, October 27: A 10-days Football Coaching Camp under the mentorship of AIFCC ‘D’ Licenced Coaches Yhunshalo Kemp and Franky Angami organized by Vanguard FC Tseminyu and Vanguard Academy, powered by KeBen Enterprise Tseminyu began on October 24 at CRBC Ground near BHSS Tseminyu Town.
Altogether, 38 players registered for the 10 days long camp which will end on the 4th November 2020.
The camp is part of VFC’s grassroots initiative in which the club is taking football home to the talented youngsters and focusing on development of football at the grassroot level even in the midst of the pandemic. The camp is being managed by VFC players with the guidance of club officials and is the 4th coaching camp organised by the club this year.
Further, the club has also tied up with the Kohima District Football Referees Association (KDFRA) to conduct a Football Referees Certificate Examination between 29-31 October, 2020 at the same venue in a bid to promote professionalism in football match officiating practices in the region which will in turn help develop the game towards professionalism. Taking into consideration the integral role played by referees for the standardisation of the game, the club has joined hands with the KDFRA for this joint initiative.
Interested candidates may contact 8729917903 / 7005090414 for registration and other queries.
(Page News Service)