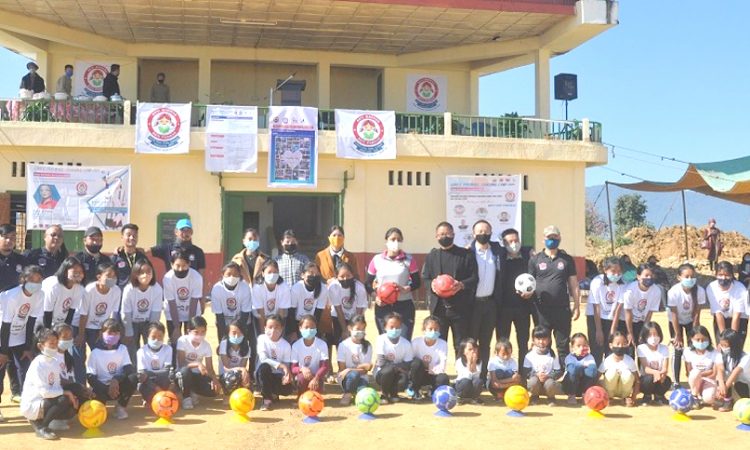 Phek, December 8: A 5-day football coaching camp 2020 for girls got underway at Phek Town local ground on December 8 under Beti Bachao Beti Padhao. A total of 105 participants have registered for the coaching camp.
The camp is being organized by District administration Phek & DLCW-Mahila Shakti Kendra supported by Nagaland Football Coaches Association (NFCA) and DEF Phek.
The football coaches undertaking the training camp are Lavoriyi Theluo, Coach-ACI Football Academy Manipur( AIFF “D” License), Ciu Zashemo, Coach United Falcon Club Medziphema (AIFF “D” License),Diethozotuo, Coach Life Sports
(AIFF “D” License), Akhrielie, Coach- United 16 Kohima (AIFF “D” License), Daniel Rongmei, Coach – Barak FC Junior Football Academy (AIFF “D” License), Khrolo -u T. Mero, Bachelor of Physical Education, Thangchapou Rongmai,Coach – Elite Football Club Kohima (AIFF “D” License).
A release from DA & DLCW MSK Phek, Director, Life Ministries & vice-president, Nagaland Football Association(NFA) Colo Mero graced the occasion as guest of honor. In his speech, he suggested that grassroots sports training was the key to developed professional sports in Nagaland. He appreciated the district administration and police for coming together to conduct the much needed football coaching for grassroots in the district.
Superintendent of Police, Phek Vesupra Kezo, NPS said football coaching has been conducted taking account the age and capability of the player especially at the grassroot level.
While appreciating the parents for encouraging the girls to participate, he said in every sport the most important factor to motivate players is the support of the parents which every parent should do.
SP Phek also pointed that physical and mentally development is a must to compete with the rest of the world.
Encouraging them, he suggested that girls have better chances to make it to the highest level than boys in Indian football. With the upcoming women international football tournaments in the coming years, he urged the girls to work hard and find a place in the national team.
Miss Phek and Phek BBBP campaigner Shefüvi Pfithu expressed her excitement over the coaching camp and asked them to make the best use of it. “Remember that if you are able to shine your way out through this skill, then you are already breaking stereotypes,” she added.
Earlier, SDO(C ) & Nodal Officer BBBP, Phek N Bhavani Sri, IAS moderated the programme. The participants were given BBBP logo t-shirt by the organizing committee.
The 5-day long coaching camp will conclude on December 12. (Page News Service) 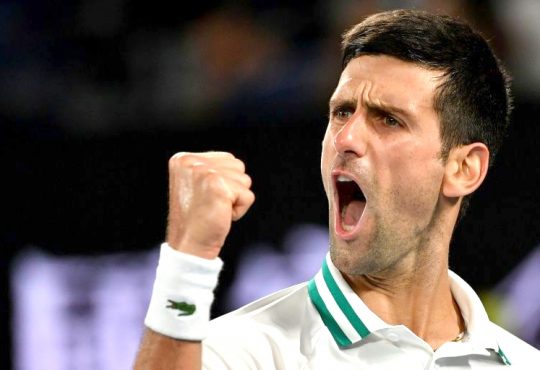 Djokovic sets all-time record for weeks at No. 1