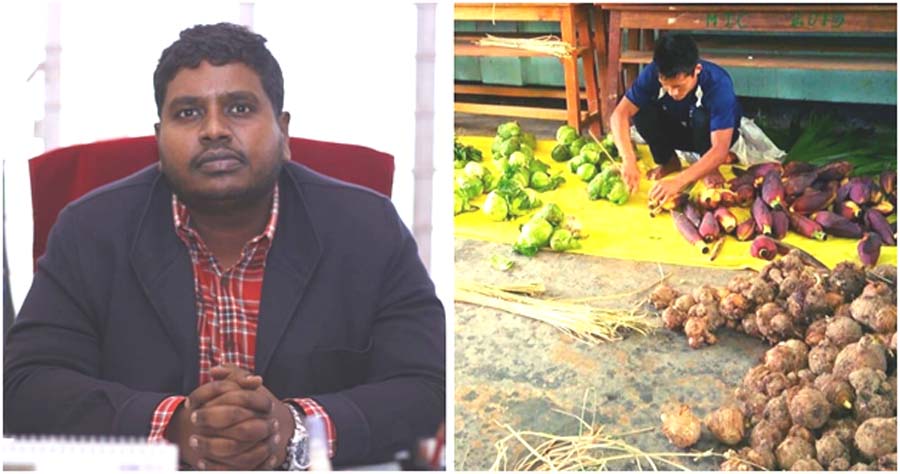 Located near the Indo-Myanmar border, Nagaland’s Mon district, like several others, has been severely affected by the nationwide lockdown.

To begin with, as farming is the primary occupation in the district, the finances of the majority of the population have taken a hit. Furthermore, the incomes of craftspeople and artisans, who are known for making items like necklaces, hair brushes, wood carvings and headgear, have also declined.

In a gloomy scenario like this, Thavaseelan K, the Deputy Commissioner of Mon, has introduced a slew of measures and arrangements to ensure that not only do the residents of the district have the essentials needed to survive, but also have a steady income.

“Even before the lockdown was announced, we anticipated the kind of difficulties people would face. Social distancing has taken a toll on tourism and small-time business which has, in turn, affected the communities. Thus, we came up with a plan,” mentions Thavaseelan to The Better India.

1. From Farm to Table

Under project ‘Local Greens,’ the district administration has collaborated with the Hills Area Development Organisation (HADO) and a local church to deliver fresh vegetables at home with a delivery charge of Rs 10.

The district administration has identified 150 farmers from 23 villages, willing to supply vegetables and fruits. Once the produce is directly collected from the farms, it is delivered to the people.

“The restriction on movement is not only damaging the produce but also putting an end to the incomes. This arrangement eliminates middle-men and any movement in the district. So, without having to step out of their homes, farmers are earning regularly, and customers are getting food at the usual market prices. It is a win-win situation for everyone,” he informs.

To prevent any confusion regarding the delivery of veggies, the administration has dedicated Tuesdays and Wednesdays for placing pre-orders. Residents can call between 10 a.m. to 1 p.m. on 9862072613, and all deliveries will take place after 2 p.m.

Similarly, the Aboi administration, one of the Sub-Divisions, has tied up with Nagaland State Rural Livelihoods Mission and Aboi Town Baptist Church Youth to deliver local organic veggies and fruits at home.

The Central Government has placed certain restrictions on the banking sector, and visits to banks during the lockdown. However, since cashless transactions are not the norm in the district, people were running out of cash due to their inability to access banking facilities.

To tackle this, Thavaseelan has permitted teams from India Post Payment Bank (IPPB) and Banking Correspondent (BC) Customer Service Point (CSP) Representatives (State Bank of India) to visit villages and facilitate the withdrawal of cash.

“We have requested the village councils to coordinate with C Yanthan, the Lead District Manager, Lead Bank Office, for a smooth process. We also asked village heads to make necessary arrangements to ensure the queue is maintained and social distancing is practised,” says Thavaseelan. 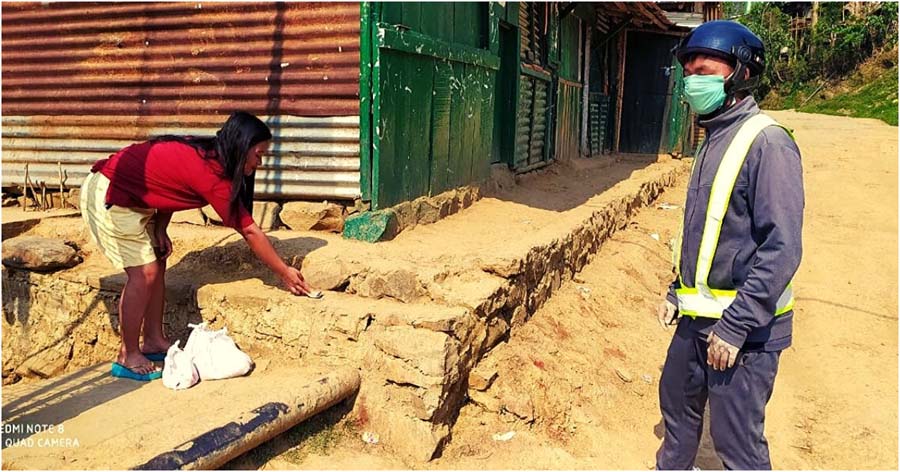 The district has been reeling under a water crisis for a long time now, and the pandemic has only made the situation worse as per Thavaseelan. Therefore, the administration decided to deliver water to people’s doorstep.

Meanwhile, essential commodities and medicines are being home delivered within Mon town, with a delivery fee of Rs 10. An extra amount of Rs 10 is charged for packages weighing more than 10 kilos. 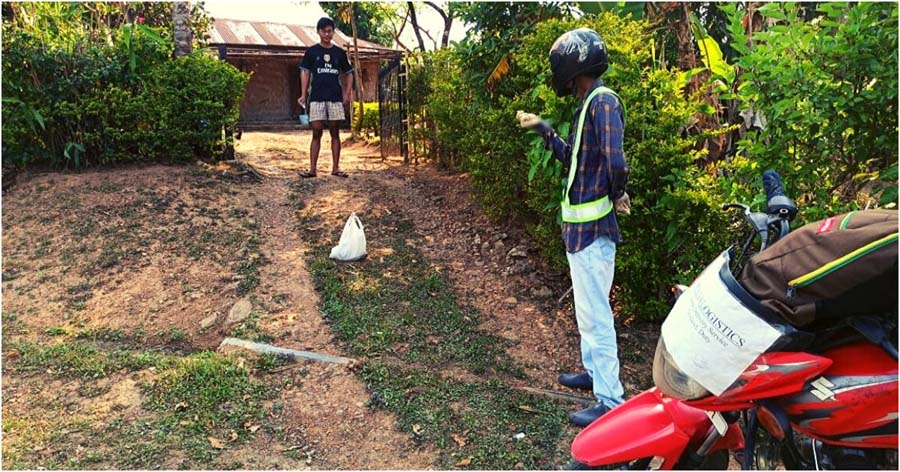 Thavaseelan is using schemes like Priority Households (PHH) and Antyodaya Anna Yojana (AAY) to help the underprivileged section access food at rates set by Government. Meanwhile, under Pradhan Mantra Garib Kalyan Anna Yojana, food grains will be given every month until June.

The district administration has also initiated food banks where people can donate money or non-perishable ration for the needy. Thanks to all these efforts, Thavaseelan claims that approximately 1,500 people have been fed.

Even though the district has not had a single positive case of COVID-19, the administration has adopted an ‘Active Case Search’ strategy to prevent and contain the outbreak.

“Our neighbouring state, Assam, has 29 positive cases on April 12 and we cannot ignore the danger looming at our doorstep. The best way to find undiagnosed cases is when a large fraction of the population is diagnosed and tested to prevent them from infecting others. This will help break the chain of transmission,” reads the notification by the administration.

Started on April 13, the Active Case Search exercise will go on till April 17.

Under this, each ward is divided into units of 50 households, and a team of two will conduct surveys on symptoms, travel history, contact with infected people, and so on.

In case anyone is tested positive, the administration will immediately begin contact tracing to identify, assess and manage people who have been exposed to the patient, and put them under strict quarantine for 28 days.

Parents’ guide on Life-skills for children in COVID times