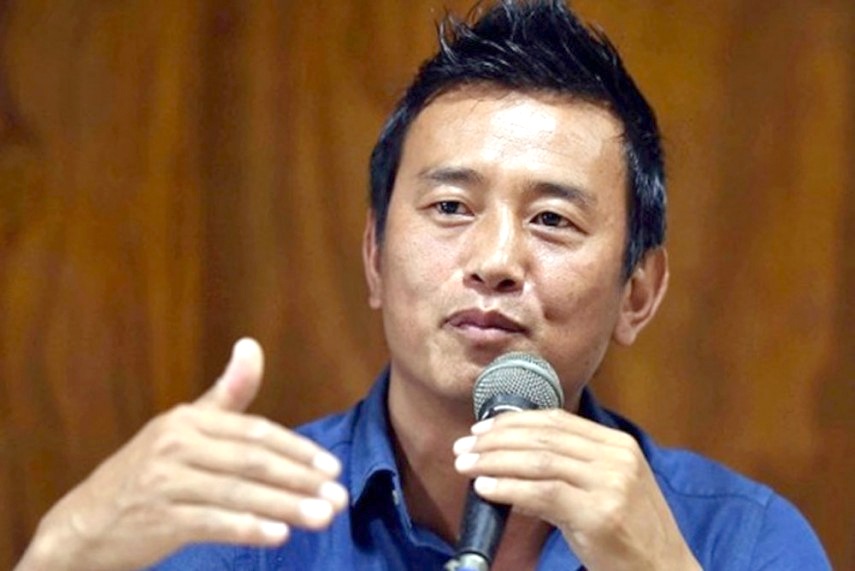 NEW DELHI, July 31: Former football captain Bhaichung Bhutia once again stressed on the need to focus on grassroots development in order to make a India a force to reckon with at the Asian level.
Bhutia explained that by focussing on the long term goal of strengthening the grass roots, Indian football will be able reap its benefits at the Asian level and the world stage.
“We need to produce good quality players. That’s very important, when I say that I don’t mean we don’t have good players now. But in order to compete in Asia and at the world level we need to produce bigger better players from the grassroots,” Bhutia said during an Instagram live session with the All Indian Football Federation (AIFF).
Hosting U-17 World Cup for boys was a step in right direction.
“Hosting the under-17 Word Cup was a starting point for us. It is important for our age group players to participate in competitions, have good training facilities and coaches,” he added.
“These are things that will help in the long run. We still need to be strong in the grass root for the national team to make progress. We should be qualifying for the Asia Cup in under-17 and under-15 quite regularly,” he added.
Women’s football in India has gathered momentum in recent times with the country set to host the FIFA U-17 World Cup next year and Bhutia feels it will help unearth talent.
“The under-17 World Cup is great step taken by government and AIFF. For us, it’s important to host under 17s,19s, 21s because that is where we focus more on the grassroots.”
In fact Bhutia feels that women’s team is faring better than men’s at least at the junior level.
“In Asia, a lot of countries don’t have women’s teams like in the gulf countries don’t have a girl’s team playing under 17. Chances of women qualifying for Asian championship as compared to men is much better.”
The 43-year-old ‘Sikkimese Sniper’ said a lot has changed in terms of the facilities and infrastructure available in Indian football since he retired in 2011
“The kind of support, platform competitions they are playing, the coaching staff the players are getting right now is much much better than what we got. The number of matches the national team plays is three-four times more than we played in our initial stages.
“In 2008, ’09 and ’10, we played quite a few but when I started playing in 1995, I still remember few years we had just two or three matches the entire year- just one qualifying for WC or pre Olympics.
“We were not lucky to get good teams we got big countries and we were out of the tournament,” he said.
Bhutia added that the Indian Super League has also played a vital part in the positive change in Indian football.
“At the same time with the ISL coming in the infrastructure the training ground, the quality of the grounds is also become of a much much higher standard now.”
Bhutia, who played 37 games for English club Bury and eight for Malaysian football club Perak FA, feels young footballers must try and play in the foreign leagues.
“Playing in foreign league gives you an idea of what football is all about, what professional football is and what the business of football is. As a player, you improve a lot. It made me aware as a player, lot if technical points.”
“Not just Europe but player’s can focus on Qatar, UAE, China, Japan asmaller league on Europe like the Belgium where you get the opportunity to play,” he added.
The veteran Indian striker warned that the players will have to make some kind of sacrifice in order to play outside the country but added that it is worth the gamble.
“The thing with small European clubs who play in the Europa league is that they don’t pay as well as what an ISL club would pay. But it is a good gamble to make,” he said.(PTI)