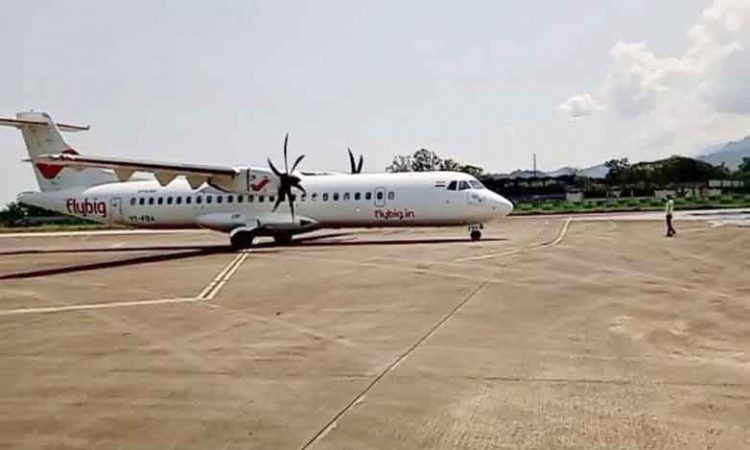 Guwahati, May 24: Direct flight service between Guwahati and Pasighat in Arunachal Pradesh by FlyBig airlines began on Monday as part of the Centres regional connectivity scheme.
A trial flight with an ATR 72 aircraft had landed safely at Pasighat airport in East Siang district on Sunday, a FlyBig release said here.

The direct flight service will link Pasighat, Guwahati and Kolkata.
In the next stage, Pasighat will be directly connected with Shillong in Meghalaya, while Tezu in Arunachal Pradesh will be linked with Guwahati making it convenient for travellers, the release said.
The Civil Aviation Ministry said on Sunday that direct flights under the UDAN scheme will significantly boost the economic opportunities in the region.
FlyBig will be operating flights between Guwahati and Pasighat four days a week which will reduce the travelling time between these two destinations and also provide swifter travelling options to other places such as Rupsi in Assam and Kolkata in West Bengal, it said.

Arunachal Pradesh Chief Minister Pema Khandu said it was a significant milestone in building air connectivity.
FlyBig had forayed into the Northeast region with its first flight from Guwahati to Rupsi in Dhubri district of Assam in the second week of May.
Alliance Air is operating flights three days a week in the Pasighat-Guwahati-Kolkata route since May 2018. (PTI)