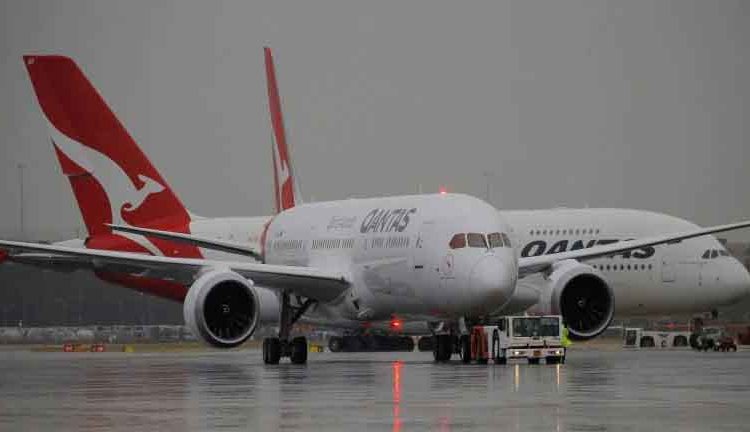 MELBOURNE, MAY 15: The first repatriation flight carrying Australians stranded in India landed in Darwin on Saturday following the end of the federal Government’s controversial ban on them from returning home.
The repatriation flights facilitated by the Australian Government for its stranded citizens in India resumed from Friday following a 2-week ban due to the COVID-19 health crisis in India.

The Qantas jet touched down at the Royal Australian Air Force (RAAF) base shortly before 9 a.m. local time.
It was scheduled to carry up to 150 passengers but in the end, only carried 80 people back to Australia.
Many passengers on the first flight on Friday were grounded due to COVID-19 positive test results, Australian High Commissioner to India Barry O’Farrell was quoted as saying by ABC News.
A total of 70 people were barred from boarding. 46 of those tested positive to COVID-19, while 24 others were identified as close contacts.
The arrivals will be taken to the Howard Springs centre.
Passengers on this flight had to undergo and return a negative result on 2 tests before they could get on the plane a PCR test in the 2 days beforehand and then a rapid antigen test.
The Australian Government had introduced the travel ban for its residents and citizens a fortnight ago to mitigate the risk of high infection rate at its quarantine facilities, including the Howard Springs centre in Darwin.
The repatriation flight was the first flight after the Australian Government imposed a temporary ban with a threat of criminal sanctions, including 5 years in jail and fines of up to 66,000 Australian dollars for people who try to return from India.
The next flight from India is scheduled in just over a week.
Almost 10,000 Australians, permanent residents and their immediate family members are seeking to return to Australia with around 1,000 who have been prioritised as ‘vulnerable’ for health or financial reasons.
The flight from Australia to India on Friday to bring back the Australians carried 1,056 ventilators, 60 oxygen concentrators and other essential supplies, adding to medical equipment sent last week.
Prime Minister Scott Morrison said the controversial weeks-long pause in travel from India had worked.

Australia has delivered over 15 tonnes of medical supplies to India, including over 2,000 ventilators and more than 100 oxygen concentrators.
India in a day recorded 3,26,098 COVID-19 cases that took the tally to 2,43,72,907, while 3,890 new fatalities pushed the death toll to 2,66,207, according to Union Health Ministry data updated on Saturday.
(PTI)