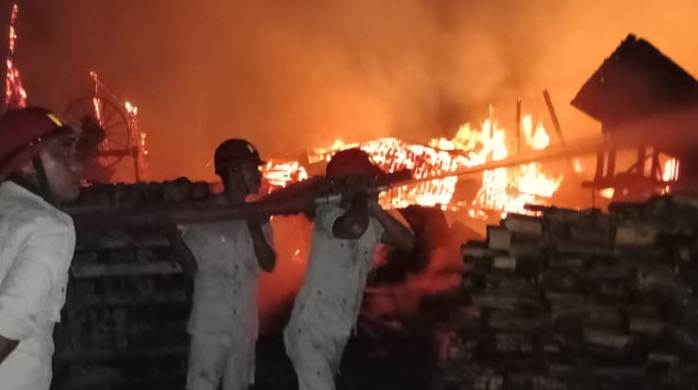 DIMAPUR, MARCH 17: A saw mill along with timber and machineries including generator and heat chamber were destroyed in a fire that broke out at 7th Mile, near Ashok Leyland showroom, in Dimapur on Wednesday.

A press release from the directorate of Fire and Emergency Services informed that the incident occurred early in the morning, at around 2.21 am.
Property worth Rs 25 lakh (approximate) was lost in the inferno, it informed. Six fire tenders were pressed into action in order to douse the fire, an effort that took the team 10 hours.
Cause of fire was suspected to be from electrical short circuit, it informed, adding that no casualty was reported.
(Page News Service)