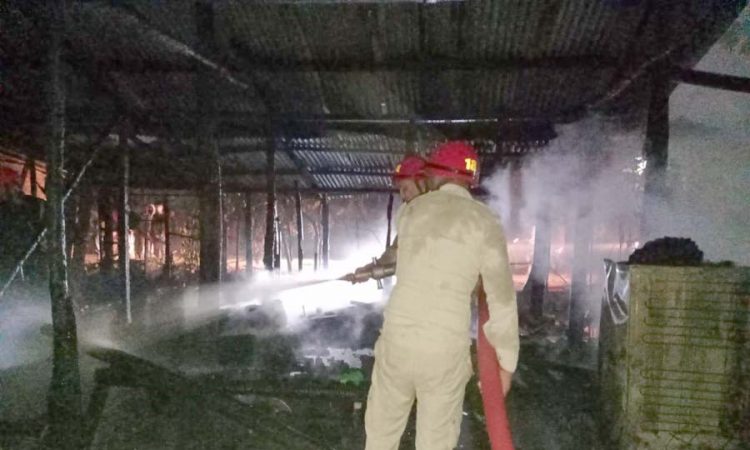 DIMAPUR, JANUARY 19: One house was gutted by a fire that broke out at Tenyiphe-I, B-Khel, 6th Mile, Dimapur, on January 19.
A press release from the Fire department on Wednesday informed that the incident was reported at 4.51 pm.
Fire fighters and two fire tenders from the Fire Station at Chumukedima were pressed into action, it informed.
It took the team 20 minutes to bring the inferno under control, and prevent it from spreading to the surrounding buildings.
Property worth Rs 1.5 lakh (approximate) was lost in the fire. Cause of fire is suspected to be from electrical short circuit, there was no casualty, it added.
(Page News Service)