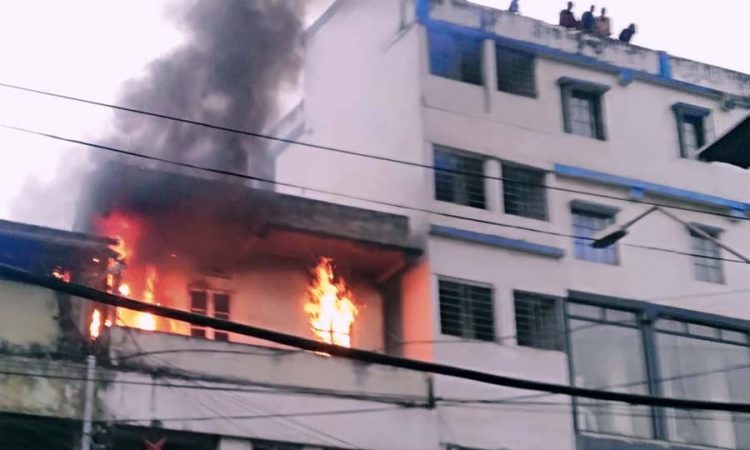 DIMAPUR, FEBRUARY 1: A fire broke out in the heart of Dimapur town on Monday evening, triggering panic among residents and shoppers alike.
However, timely intervention from fire-fighters brought the flames under control, preventing a potentially major disaster.
Sources from the Fire Department said that the incident occurred at a stationery store in one of the buildings adjacent to St. Mary’s Montessori Higher Secondary School at Church Road, Dimapur.
The fire broke out between 4.30 pm and 5 pm, while the Fire Station received the call at 4.51 pm.
It was informed that three fire trucks were used to douse the blaze. No casualty was reported.
Reportedly, the fire was caused through an electrical short circuit. (Page News Service)