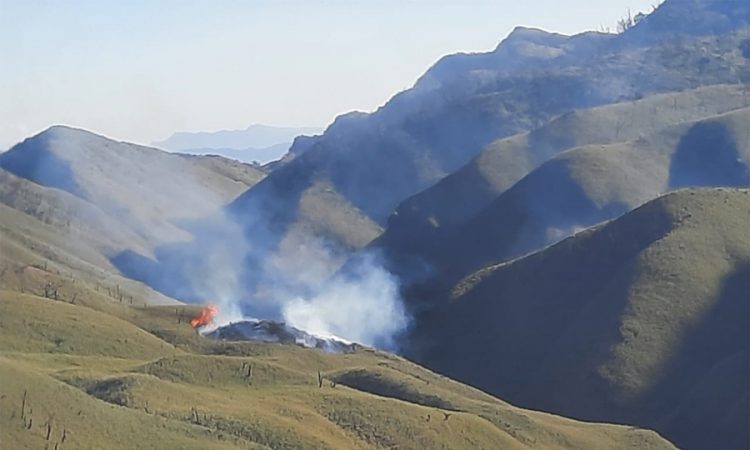 KOHIMA, DECEMBER 29: Majestic Dzukou valley is on fire again after suspected miscreants set fire to it.
Sources said the inferno is raging in the valley since Tuesday afternoon. Black smoke emanating from the valley could be seen even from Kohima town and neighbouring villages.
Volunteers from the neighbouring villages have rushed to the area to contain the blaze.
Earlier a fire at Dzukou valley in 2018 continued for several days before it was brought under control. The State Government had then sought help from the Air Force and national disaster management agencies to douse the fire.
Till date authorities have failed to nab any arsonists who set fire on Dzukou, the majestic picturesque valley, which is the main attraction of tourists in the State.
(Page News Service)