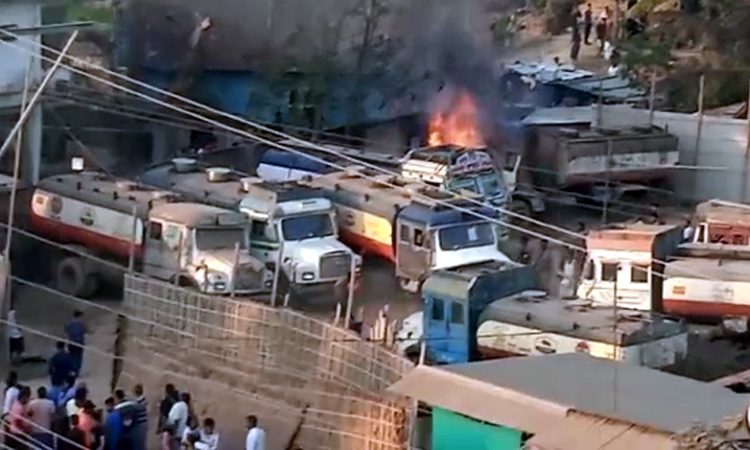 DIMAPUR, FEBRUARY 21: A fire that broke out in a parking lot for oil tankers at Kevijau colony in Dimapur, between lane 3 and 4, on Sunday triggered panic among the residents and ignited misgivings of suspicious operations.
A reliable source from the locality said that the incident occurred at around 4 p.m.
While the fire was doused and prevented from spreading further, its possible cause has left tongues wagging.
According to the source, the residents of the locality suspect that the oil tanker drivers were selling off residual fuel found at the bottom of the tankers.
“They were collecting the fuel in a drum/container. While they were in the act of it, someone must have brought fire, maybe a matchstick or lighter, which caused the fire,” the source said.
When contacted, sources from the Fire station in Dimapur informed that they had gone to the spot but the owner was not there, so they did not take any notes.
Reportedly, the parking lot is private land. Some residents of Kevijau were of the view that no oil tankers should be allowed to park within the colony jurisdiction.
(Page News Service)