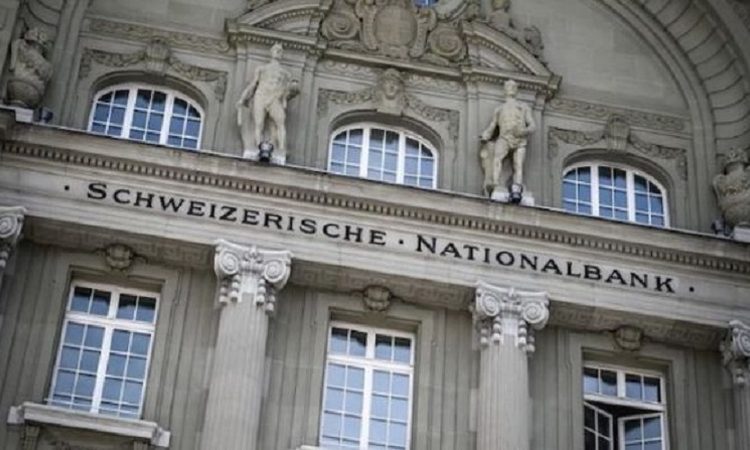 NEW DELHI, JUNE 19: The Finance Ministry on Saturday asserted that Indian customer deposits in Swiss banks have fallen since 2019, but said it is seeking details from Swiss authorities on the relevant facts along with their view on possible reasons for changes in the funds parked by individuals and entities in 2020.
In a statement, the Ministry said the deposits have halved but did not give numbers.

Quoting data from Switzerland’s central bank, PTI had reported on June 17 that funds parked by Indian individuals and firms in Swiss banks, including through India-based branches and other financial institutions, jumped to a 13-year high of 2.55 billion Swiss francs (over Rs 20,700 crore) in 2020 on a sharp surge in holdings via securities and similar instruments, though customer deposits fell.
In its statement, the Ministry said the figures “do not indicate the quantum of much debated alleged black money held by Indians in Switzerland. Further, these statistics do not include the money that Indians, NRIs or others might have in Swiss banks in the names of third-country entities.”
The Ministry noted that customer deposits have actually fallen from the end of 2019. The funds held through fiduciaries have also more than halved from 2019-end.
“The biggest increase is in ‘Other amounts due from customers’. These are in form of bonds, securities and various other financial instruments”, the Ministry added.
It also listed out the reasons that could have led to the increase in deposits, including rising business transactions by Indian companies, rise in deposits owing to the business of Swiss bank branches located in India and increase in inter-bank transactions between Swiss and Indian banks.
Besides, capital increase for a subsidiary of a Swiss company in India and increase in the liabilities connected with the outstanding derivative financial instruments could be the other potential reasons for this jump in deposits, the Ministry explained.
“The Swiss Authorities have been requested to provide the relevant facts along with their view on possible reasons for increase/decrease….,” the Ministry added.
The Congress on Friday cited this data to accuse Prime Minister Narendra Modi of failing to deliver on his 2014 promise to bring back black money stashed by Indians abroad.
Pointing out that Swiss bank deposits by Indians increased by 286% in 2020 compared to 2019, Congress spokesperson Gourav Vallabh said: “Why is the Government not prepared to share names of individuals who have moved the money to Swiss banks in the last year? What has the Ggovernment done to bring back black money in the last 7 years? What has the Government done to control the stashing of black money in foreign accounts?”
An automatic exchange of information in tax matters between Switzerland and India has been in force since 2018.
Under this framework, detailed financial information on all Indian residents having accounts with Swiss financial institutions since 2018 was provided for the first time to Indian tax authorities in September 2019 and this is to be followed every year.
The Ministry said exchanges of financial account information in respect of residents of each country have taken place between both countries in 2019 as well as 2020.
“In view of the existing legal arrangement for exchange of information of financial accounts (which has a significant deterrent effect on tax evasion through undisclosed assets abroad), there does not appear to be any significant possibility of the increase of deposits in the Swiss banks which is out of undeclared incomes of Indian residents”, it added.
As per Swiss National Bank data (SNB), the aggregate funds of Indian clients with Swiss banks stood at 899 million Swiss francs (Rs 6,625 crore) at the end of 2019, and the increase in 2020 reverses a 2-year declining trend.

The total amount of CHF 2,554.7 million (Rs 20,706 crore), described by the SNB as ‘liabilities’ of Swiss banks or ‘amounts due to’ their Indian clients at the end of 2020, included CHF 503.9 million (over Rs 4,000 crore) in customer deposits, CHF 383 million (over Rs 3,100 crore) held via other banks, CHF 2 million (Rs 16.5 crore) through fiduciaries or trusts and the highest component of CHF 1,664.8 million (nearly Rs 13,500 crore) as ‘other amounts due to customers’ in form of bonds, securities and various other financial instruments.
While the funds classified as ‘customer account deposits’ have actually declined from CHF 550 million at the end of 2019 and those through fiduciaries also more than halved from CHF 7.4 million, the money held via other banks rose sharply from CHF 88 million in this period. (Agencies)