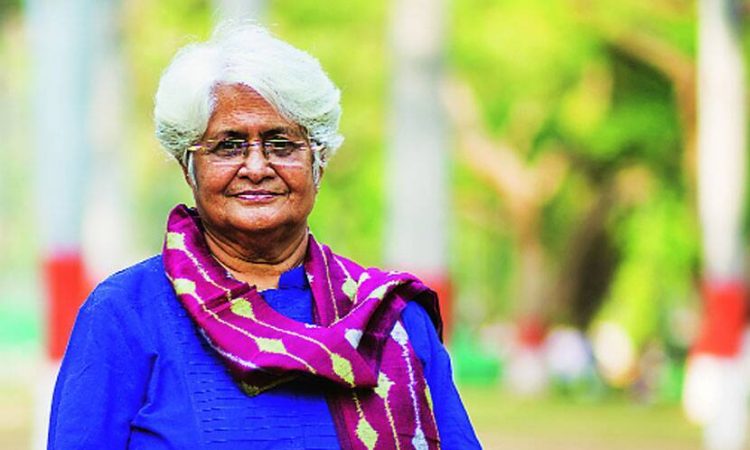 Veteran film director and writer Sumitra Bhave, known for her work in the Marathi cinema and theatre, died in a hospital here on Monday following lung- related ailments, director Sunil Sukthankar said. She was 78.
Bhave was suffering from lung-related ailments for the last two months.

She breathed her last at a private hospital here in Maharashtra on Monday morning, said Sukthankar, the noted Marathi director who was associated with Bhave for the last 35 years.
Bhave had won several national and international awards for her work.
After completing her education, she started working with a social welfare organisation and also worked as a teacher at the Karve Institute of Social Sciences in Pune.
Later, she also worked as a newsreader.
In 1985, Bhave made her first short film Bai, which was about a woman living in a slum and her survival against all odds. The film won several national awards.
In 1995, Bhave and Sukthankar made their directorial debut with “Doghi”, which received the National Film Award.
Her other notable works include “Devrai” (2004), Gho Mala Asala Hawa, Ha Bharat Maza, Astu – So Be I”, Samhita, Welcome Home, Vaastupurush, Dahavi Fa and Kaasav, a National Award-winning film.
Kaasav was also screened at the Mumbai Film Festival in 2016.
Sukthankar, who made 17 movies and several short films with Bhave, said, “I worked with her for last 35 years and it was just because of her determination and lovetowards the art and films that we could do such huge amount of work.”
Even at this age, she had three different projects in her mind and their scripts were also ready, he said.
Bhave is survived by a daughter, who is also a writer. (PTI)