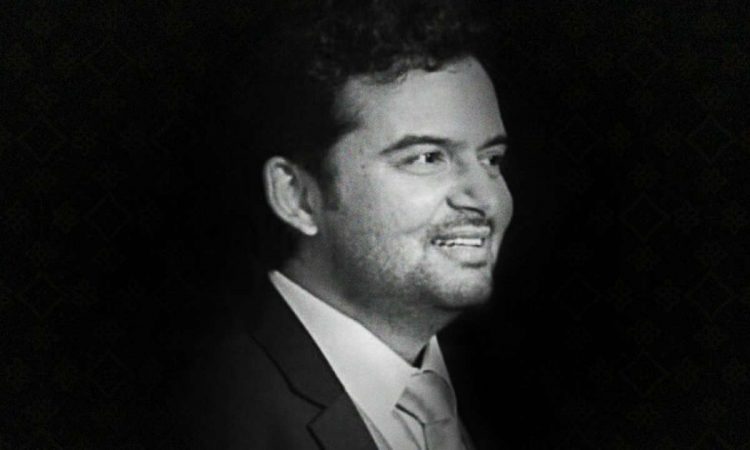 Film editor Ajay Sharma, known for his work on films like “Ludo” and “Jagga Jasoos”, passed away on Wednesday due to COVID-19 complications at a government hospital in New Delhi, sources said.
He was in his late 30s.

“He was diagnosed with COVID-19 and was in the ICU for the last two weeks. He breathed his last between 1-2 am today at Rajeev Gandhi Super Speciality Hospital, New Delhi,” a source close to Sharma told PTI.
He is survived by his wife and a four-year-old son.
After working as an associate editor on features like “Barfi!”, “Kai Po Che!” and “Yeh Jawaani Hai Deewani”, Sharma worked as an editor in the Irrfan Khan-starrer “Karwaan”, “Ludo” and 2020’s Amazon Prime Video series “Bandish Bandits”.
He made his directorial debut with the short film “Jolly 1995”, which is streaming on Disney+ Hotstar.
Sharma was working on the upcoming sports drama “Rashmi Rocket”, starring Taapsee Pannu.
Many film personalities took to social media to shared condolence messages on his demise.
Actor Shriya Pilgaonkar said she was “devastated” to hear about Sharma’s passing.
“Devasted is an understatement. We lost Ajay Sharma today. Not just an incredibly fine editor but an absolute gem of a human being. Nothing makes sense,” Pilgaonkar wrote.
Actor-director Anand Tiwari, who helmed “Bandish Bandits”, penned a heartfelt note and said he was in shock after learning about his editor’s death.
“Today, I have lost one of the most artistic partners I have ever had. There was so much more we had to do together, so much more I had to learn from him,” he wrote on Instagram, alongside a candid picture of Sharma.
Tiwari further said “Bandish Bandits” was Sharma’s baby too and it wouldn’t have been possible to make the series without him.
“We spent months together in a small dark room making a 10 part series, shot after shot, splice after splice. I thought that was the beginning of our journey, not the end. I will miss you immensely Ajay sir. My thoughts and prayers with the family,” the director added.
Filmmaker Nikkhil Advani said, “#RIP Ajay Sharma. Gone too soon.”
Director Akarsh Khurana, who collaborated with Sharma on “Rashmi Rocket” and “Karwaan”, also mourned his loss.
“Best guy. This is a huge blow,” Khurana wrote. (PTI)