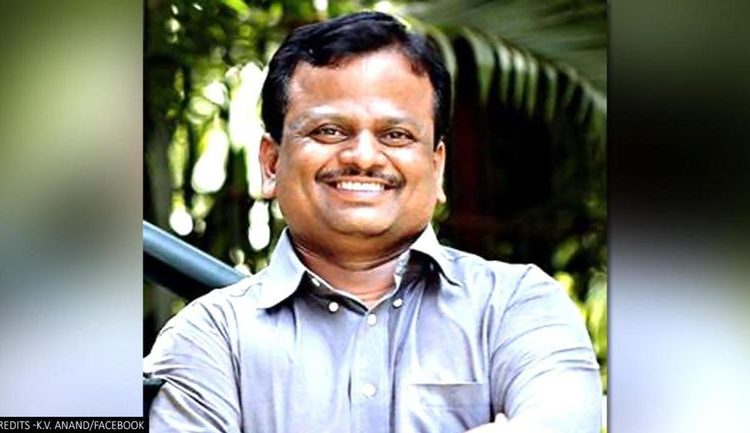 Tamil director-cinematographer KV Anand passed away on Friday in Chennai due to complications related to Covid-19. He was 54. Anand suffered a heart attack on Friday morning and died at 3 am in a hospital, as per reports. His last rites took place at Besant Nagar crematorium in Chennai. People were not allowed to pay their last respects since it was a Covid-related death.

The news of his demise has sent shockwaves throughout the country, which has been grieving the loss of comedy icon Vivek. Celebs expressed their condolences via social media after hearing of the sudden death of the acclaimed cinematographer and director.
Anand began his career as a photojournalist, assisting noted cinematographer PC Sreeram on films such as Gopura Vasalile, Meera, Devar Magan, Amaran, and Thiruda Thiruda. Sreeram recommended Anand’s name for the Malayalam movie Thenmavin Kombath in 1994, for which he won a National Film Award.
Having worked across multiple industries as a cinematographer for over a decade, Anand made his filmmaking debut with the acclaimed family drama Kana Kandaen in 2005. Although it was released amid low expectations, it soon rose in popularity and became a sleeper hit worldwide.
Next, Anand made Ayan, easily one of the best action entertainments that Tamil cinema has seen in the last two decades. With the film’s massive box office success in 2009, Suriya strengthened his stardom in the industry.
Director Anand continued his success streak with Ko. Filmed in 2011 for an official Tamil daily, the film’s hero uses the power of his camera to influence public opinion against corrupt politicians. And it became an important film for Jiiva’s career.
However, in his later films, Anand wasn’t able to meet the standards set by his earlier work. His last directorial outing was Kaappaan, which was his third collaboration with Suriya.