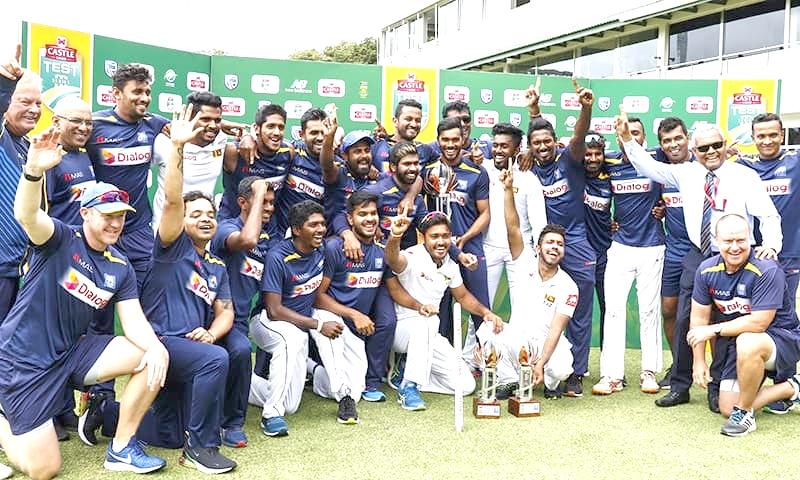 PORT ELIZABETH (South Africa), February 23: Oshada Fernando and Kusal Mendis propelled Sri Lanka to an eight-wicket win over South Africa on the third day of the second Test at St George’s Park on Saturday, clinching an historic 2-0 series triumph.
The unheralded Sri Lankans became the first team from Asia to win a Test series in South Africa.
Unlike their dramatic, unexpected one-wicket win in the first Test in Durban, the Sri Lankans surged to victory as Fernando and Mendis shared an unbeaten 163-run third wicket partnership studded with crisp, authoritative strokes.
Fernando made 75 not out off 106 balls and Mendis scored 84 not out off 110 deliveries as Sri Lanka chased down a victory target of 197, reaching the mark by lunch.
Resuming at 60 for two, Fernando and Mendis batted positively from the start of play, scoring nine runs off the second over of the day, bowled by Kagiso Rabada.
No South African bowler was able to settle into a consistent rhythm.
Dale Steyn was brought into the attack after 36 runs had been scored off the first eight overs of the morning. Mendis struck three boundaries in the first over from South Africa’s all-time leading wicket-taker. (AFP)