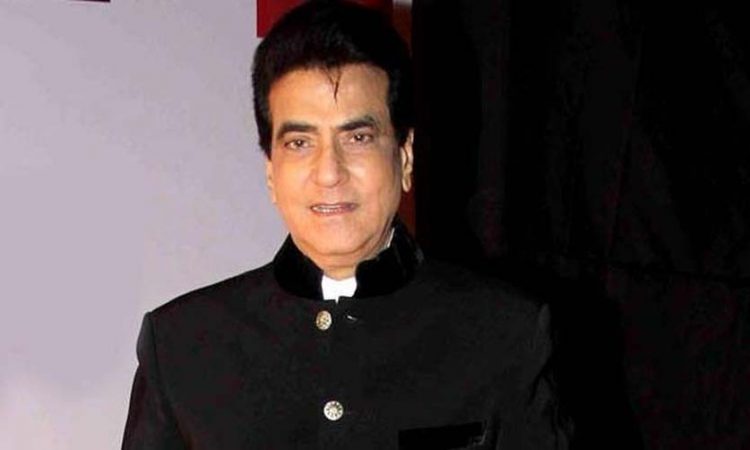 Mumbai, May 24: For someone who practically lived on a film set, veteran actor Jeetendra says his decision to give up movies was followed by a bit of loneliness, where he took time to adjust to his off-screen life.
Jeetendra had a smashing career of nearly four decades starting in the 1960s with hits like “Geet Gaya Patharon Ne”, “Gunahon Ka Devta”, “Farz”, “Humjoli” to “Caravan”, “Dharam Veer”, “Parichay”, “Nagin”, among others in the 1970s.
While he continued to be in top form till the ’80s with credits like “Himmatwala”, “Tohfa” and “Mawaali”, the work eventually slowed down and ultimately came to a halt by mid-90s.
With that the fun of being on a set, brimming with the energy of the cast and crew, was also somewhere lost.
“When an actor goes to a studio, his only entertainment is people around him. He makes friends with the technicians, co-artistes, makeup men, there are so many people to talk to. But when I stopped doing films, I felt a little lonely. I didn’t know what to do.
“I’ve done small cameos in reality shows here and there, but it’s always fun to go to a studio because you meet a lot of people there. That was the only thing which I was missing. I wasn’t exactly missing the acting but the fun of shooting,” Jeetendra told PTI in an interview.
The 78-year-old actor, whose real name is Ravi Kapoor, said though a lot of actors from his time are still working, he decided to hit pause as he was “burnt out”.
“I did so many films, I only saw studios and nothing else. There were a lot of actors of my time who were like me. We were doing a lot of films at one time. We were all in the studio, from morning to evening. We would work so much.
“There came a stage when video took over, piracy was a big thing… That was the period when box office went through a crisis. That was the time I also got really cheesed off. I thought I have done enough of shooting. I didn’t look after my children also, I didn’t know when they grew up.”
Jeetendra said the basic difference between his generation of actors and the ones today is how the newer lot is as much into understanding their characters as much they’re into fitness.
“There’s so much to learn from this generation. They’re so smart and focused. They live in their character. We couldn’t do that because we were doing three shifts a day. Hopping from studio to studio. Where was the time to get into the character? To be honest, we were all very indulgent actors, most of us.
“If you’d go to an actor’s hotel room in the morning when we were outdoors you’d find bar munchies, soda bottles, empty whiskey bottles. But today’s actors, you’ll find health drinks, dumbbells! They are so fit, energetic. No actor in our times would’ve gone to the gym.”
Currently, the actor is excited to have made his digital debut with a cameo on season two of ALTBalaji and ZEE5 show “Baarish”.
Jeetendra said it was entirely his daughter, producer Ekta Kapoor’s decision to rope him into the digital space.
“It felt great to get back on screen. I wanted to discover and experience the style of this medium. Right from the start, I’ve been a camera-friendly person, so coming back in front of the camera was easy.
“It did a take a while to get comfortable with the high-tech working methods but once I got the graph, it was smooth sailing,” he said.
The actor said the digital medium is on the rise and the show gave him the perfect opportunity to give the love back to his fans.
“Being part of a Balaji production has made my return to the screen even sweeter. It felt like being on set with family. An actor is always happy when he gets a good team to work with and here I got a fantastic one,” he added.
“Baarish” stars Asha Negi, Sharman Joshi, Priya Banerjee among others. (PTI)