HomeInfotainmentFat shaming does not bother me: Neha Dhupia
Infotainment
2 years agoFebruary 2, 2019No tags 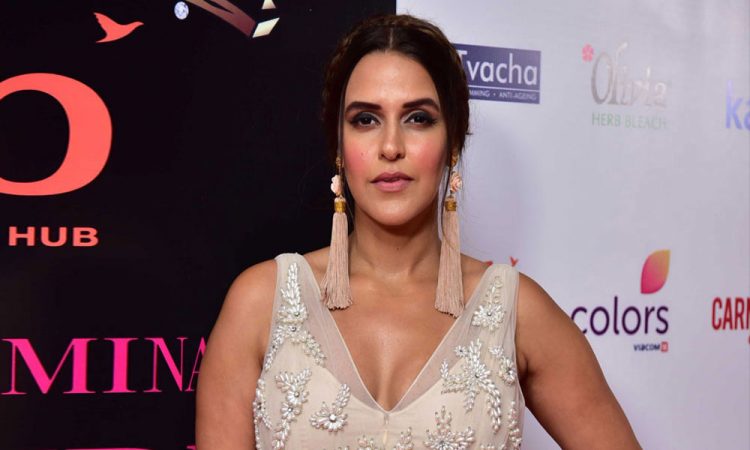 Actress Neha Dhupia, who has been trolled for her weight, says fat shaming does not bother her even a bit but she does want such trolling to stop not just for celebrities but for everyone.
Neha, who is a new mother added all she wanted was to be fit and energetic for her new-born daughter Mehr, whom she welcomed on November 18 last year.
On Saturday, the former beauty queen and reality TV judge, tweeted a photograph of a magazine cover, with a photograph of herself and a caption reading: “Neha Dhupia shocking weight gain post pregnancy”.
To which, the “Tumhari Sulu” actress responded with: “I don’t owe anyone an explanation because fat shaming like this doesn’t bother me one bit.
“But I do want to address this as a larger problem because fat shaming needs to stop for everyone not just celebrities.
“As a new mom I want to be fit, healthy and energetic for my daughter,” she added.
Neha, who is married to actor Angad Bedi, said that she works out everyday. “Sometimes twice a day because for me… fitness is a priority and not ‘fitting into’ society’s standards regarding looks.
“And I hope in the future people are kinder to each other while making such vapid and vile comments,” the 38-year-old added.
Neha and Angad surprised everyone with their hush-hush marriage in May last year. They confirmed her pregnancy in August, a little over three months after their wedding.