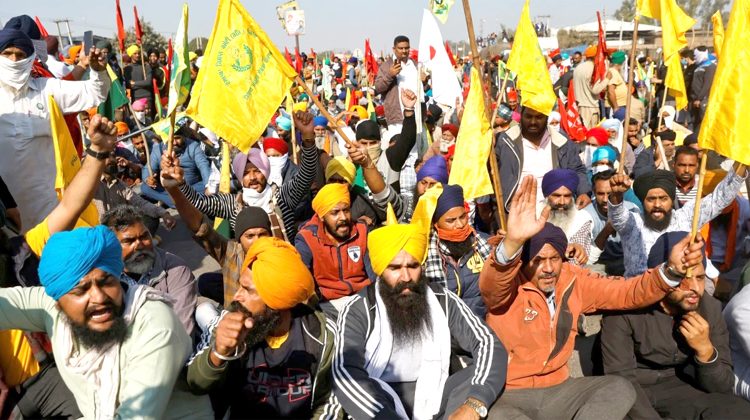 Mathura (UP), August 3: Protesting farmers are seriously considering voting against the ruling Uttar Pradesh government in next year’s assembly polls to teach the BJP-led Centre a lesson, the Rashtriya Kisan Manch said on Tuesday.

Farmers will settle scores with the anti-farmer BJP party in the forthcoming assembly elections in UP, said Shekhar Dixit, National President, Rashtriya Kisan Manch, while talking to reporters here.
He said future course of action will be decided on Wednesday by the Samyukt Kisan Morcha at the ongoing ‘Kisan Sansad’. On the basis of the next strategy, the agitation would be intensified, Dixit said.
He questioned the propriety of the Centre to impose a farm law on farmers, which in fact is “anti-farmer and pro-capitalist”.
The government should make public data, if any, of its pro-farmer development that it touts in parallel with the corridors/expressways of the country.
Terming the PM Fasal Bima Yojana (crop insurance scheme) as a “photocopy of the farm laws”, he said it has miserably failed since the scheme is being run to save the interests of industrialists.
The claim made by the government that it is working towards doubling the income of farmers by 2022 is nothing but a gimmick meant to misguide them, Dixit said.
The manner in which the Union agriculture minister invites farmers for a dialogue and the way it backtracks on it stands witness to how the government is beholden to large businesses, the farmer leader claimed.

Protesting farmers under the Rashtriya Kisan Manch will ‘gherao’ the UP Vidhan Sabha in Lucknow if the arrears of sugarcane growers is not paid in time, he said. (PTI)