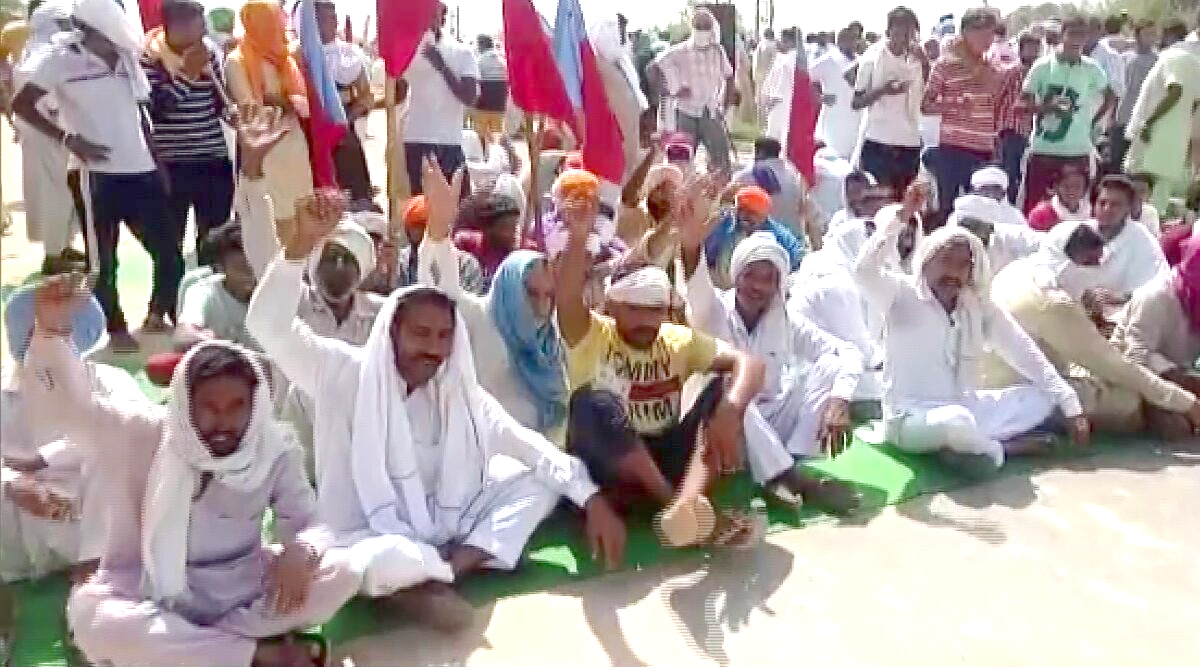 NEW DELHI, SEPTEMBER 25: The Bharatiya Kisan Union and several other organizations on Friday will hold nationwide demonstration and chakkajam against 3 contentious farm legislations which were passed in the Parliament earlier this week.
In Punjab, the state which has Agriculture as primary business, the farmer unions began a 3-day ‘rail roko’ protest at 6 different locations in the state.
Amid the protests, the Railways have partially cancelled 20 trains and short-terminated 5 trains till September 26.
In Haryana, the farmers groups have urged residents to observe a bandh from 10 a.m. to 4 p.m. today. However, the protesters have decided that the National Highways will be exempted from the bandh call.
Bhartiya Kisan Union (BKU) president Gurnam Singh Chaduni urged commission agents at mandis and traders to close their shops on Friday.
“There is a warm response to our stir in Haryana. There should be complete chakka jam on Friday. People’s support is must for the same. There should be no vehicles on roads during the bandh call,” claimed Chaduni, reported Indian Express.
Haryana Home Minister Anil Vij had yesterday, in view of the Bharat Bandh call by farmer groups against recent legislations, held a meeting with senior officers of Home and Police Department to review the entire situation in the state.
To mark the protest, the farmers, under the banner of Bharatiya Kisan Union and Revolutionary Marxist Party of India (RMPI), blocked the Amritsar-Delhi national highway near Phillaur in Jalandhar.
As many as 31 farmer organisations have also announced an indefinite ‘rail roko’ agitation from October 1.
In Bihar, the Rashtriya Janata Dal leader Tejashwi Yadav drives a tractor, as he takes part in the protest against the farm bills passed in the Parliament.
“Government has made our ‘anndaata’ a puppet through its ‘fund daata’. Farm bills are anti-farmer and have left them dejected. They had said that they’ll double farmers’ income by 2022 but these Bills will make them poorer. Agriculture sector has been corporatized,” Tejashwi Yadav said while speaking to ANI.
In Karnataka, Members of Karnataka State Farmers’ Association hold protest near Bommanahalli on Karnataka-Tamil Nadu highway.
Police personnel deployed in the area to ensure law and order is maintained and COVID safety norms are followed during protest. (Courtesy: TS)