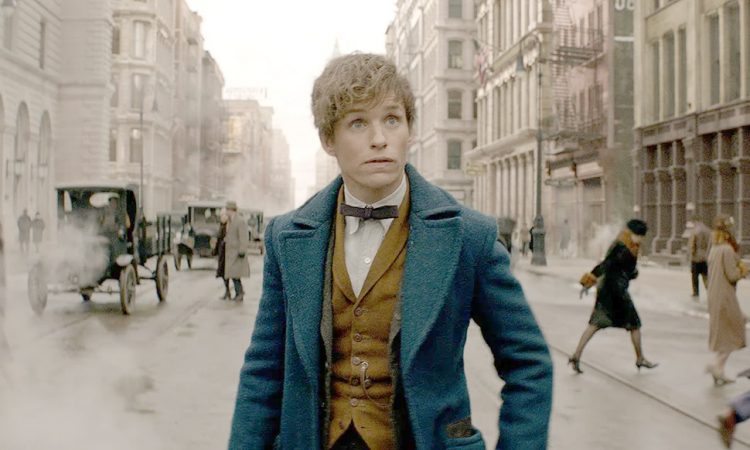 The third film in Warner Bros’ Fantastic Beasts franchise will go on floors in February 2020. This was revealed by Dan Fogler, who plays the role of No-Maj baker in the series.
Fantastic Beasts is a part of the Wizarding World, the fictional universe that also includes the Harry Potter films and books. Fantastic Beasts is the prequel series and follows Eddie Redmayne’s Newt Scamander, a magizoologist. Jude Law plays the role of a younger Dumbledore.
Johnny Depp plays the role of Gellert Grindelwald, the Dark Lord before Voldemort.
Katherine Waterston, Dan Fogler, Alison Sudol, Ezra Miller, Zoë Kravitz, Callum Turner, Claudia Kim, William Nadylam and Kevin Guthrie also star.
According to Comicbook.com, Folger told the audience at LeakyCon 2019 Boston, “We haven’t started filming yet. We start in February. Last we heard, J.K. … she’s been writing furiously, everyone was really happy with what she submitted, and we’re all just waiting for the new script. And that’s where we’re at.”
He added, “I hope that he gets Queenie back. … I haven’t seen a script yet, and I’ve lost a significant amount of weight, and I think it will be funny if — you know how she put a spell on me to follow her around like a puppy? What if she also put a spell on me to get fit?” Fogler said with a laugh. “So there’s that. But also, on a philosophical level, it’ll be interesting… We’re in the middle of the Depression, he’s just on a bender of loss. He lost her … I’m just saying this is the thing that I have in my head, that he’s lost his appetite.”
The second Fantastic Beasts movie, The Crimes of Grindelwald, was a critical and commercial failure. It scored 37 per cent at Rotten Tomatoes. The consensus read, “Fantastic Beasts: The Crimes of Grindelwald has glimmers of the magic familiar to Harry Potter fans, but the story’s spell isn’t as strong as earlier installments.”
At 653.8 million dollar total worldwide gross, it is the lowest grossing Harry Potter film to date.
Fantastic Beasts 3 is scheduled to release on November 12, 2021.