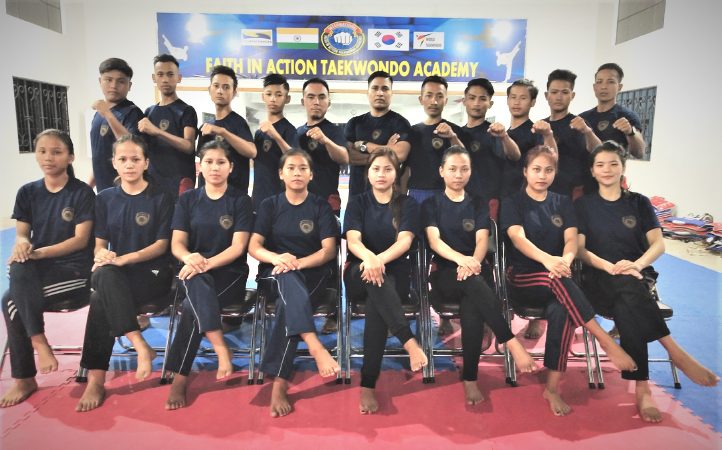 Faith Reformers, a new reformation team comprising of 8 girls and 10 boys members of Faith in Action team from Nagaland have left for Mumbai to showcase their performance in India’s Got Talent Season-8.
The 18 member team is headed by Deep Kumar, Founder/Coach of Faith in Action Taekwondo Academy and the Team members are: Alice, Diana, Elina Yepthomi, Irene Pokharel, Alito Sumi, Vinivi Swu, Monika Rai, Liike Kibami, Kevin, Sunep Imsong, Asa V. Chishi, Sanjay Chetri, Lokivi Aye, Altab Choudhury, Tiayanger Imsong, Anguvi Awomi, Kabo Yepthomi and Imnatoshi Longkumer.
To reach the upcoming level, the Faith Reformers Team have successfully triumphed two rounds of IGT auditions in Guwahati and Kolkata. Eight girls from the Faith in Action Taekwondo Academy are taking part in the reality show for the first time to display their talents and will send across a message on the importance of self-defence for girls and its safety.
The show will be aired from October 20 at 10 pm in Colors Television Channel.