HomeInfotainment‘Faith in Action’ enters next round in “India’s Got Talent”
Infotainment
3 years agoAugust 22, 2018No tags 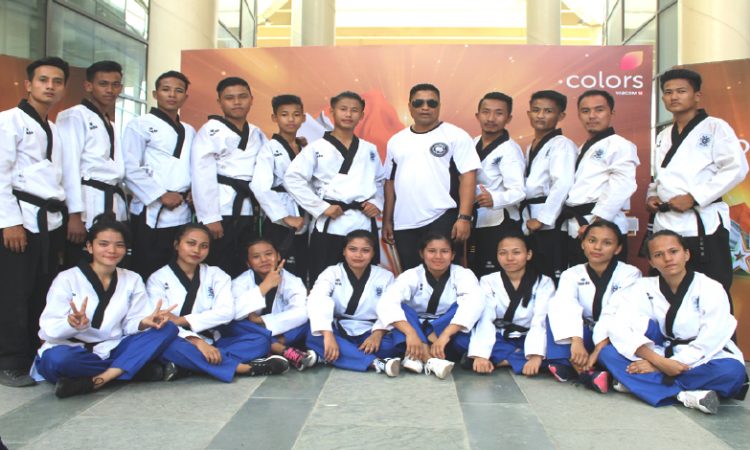 The Faith in Action team of Nagaland has entered the next round of “India’s Got Talent” Season-8 in the Kolkata Audition which was held on August 18th at Amity University, New Town, Kolkata.
The 18 member team is headed by Deep Kumar, Founder/Coach of Faith in Action Taekwondo Academy and its members are: Alice, Elina Yepthomi, Diana, Irene Pokharel, Alito Sumi, Vinivi Swu, Monika Rai, Liike Kibami, Sunep Imsong, Kevin, Asa V. Chishi, Sanjay, Lokivi Aye, Altab, Tiayanger, Anguvi, Kabo Yepthomi and Imnatoshi Longkumer.
The “India’s Got Talent” is the country’s biggest Television reality show which is telecasted by Colors Tv channel. The show gives platform to the talented people of all ages who dare to dream and work hard to turn their dreams into reality.
Eight girls from the Academy are taking part in this reality show for the first time to showcase their talents and will send across a message on the importance of self-defence for girls for their safety. The next round of competition for Faith in Action team will be held in Mumbai and the show will be aired from next month.
The team expresses its gratitude to Pastor Hetovi Ayemi, Naga Christian Fellowship, Kolkata and Pangpen Phom, Teaching Faculty of Kolkata Bible Seminary along with the parents and well wishers of Faith in Action team for their constant support all the way through the audition. It urged the all the people of Nagaland to support the team and uphold them in their prayers for the team’s upcoming shows.