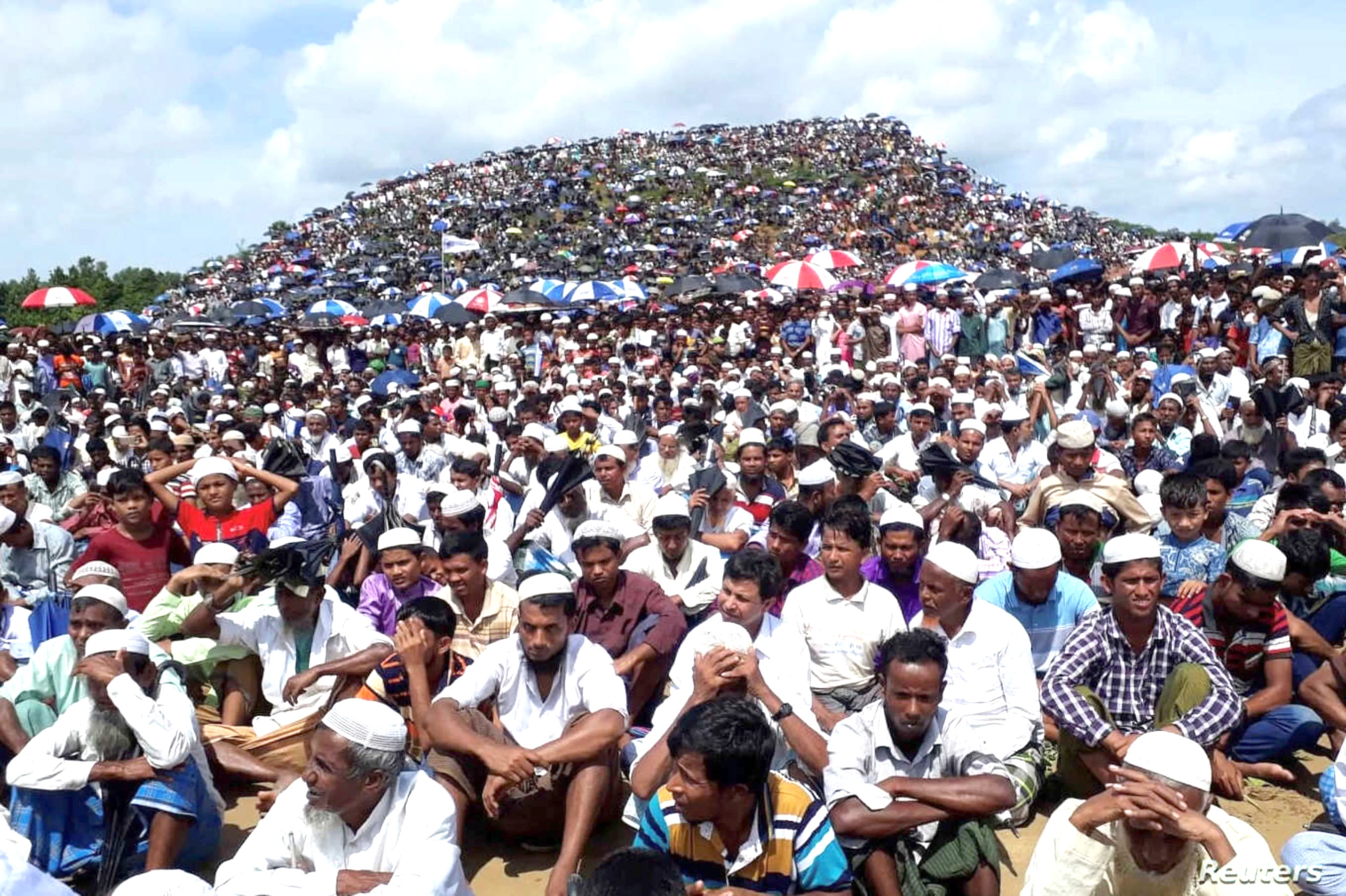 Dhaka, September 14: Myanmar should immediately engage non-military civilian observers from friendly countries, including India, to make the Rohingyas repatriation process effective, Bangladesh Foreign Minister AK Momen has said, warning that the failure in resolving the humanitarian problem would lead to radicalism and terrorism that would hamper peace and stability in the region.
Addressing the virtual ministerial meeting of 27th ASEAN Association of Southeast Asian Nations Regional Forum on Saturday, Momen said Rohingyas are not returning to their homeland (Myanmar) primarily because they do not trust their government over safety and security issues.
“Despite the threat to our economy, ecology, and overall societal impact, Bangladesh gave shelter, on a humanitarian ground, to nearly 1.1 million persecuted people fleeing a massacre in Myanmar, their homeland. Myanmar is our friendly country and therefore, Bangladesh signed 3 instruments with Myanmar for repatriation. Myanmar agreed to take back them after verification,” the minister said during his address of the summit organised by Vietnam this year.
“They also agreed to create a conducive environment for their voluntary repatriation and they agreed to ensure safety and security of the displaced people. But unfortunately, till today, none went back and instead of creating a conducive environment, fighting and shelling is ongoing in the Rakhine state,” he added.
According to the United Nations, more than 9,00,000 Rohingya Muslims fled Myanmar’s restive Rakhine State since 2017 after large-scale violence following a military crackdown. The exodus of refugees in large numbers has resulted in a major crisis in neighbouring Bangladesh.
While Bangladesh has been pushing for the repatriation of the refugees, mostly residing in the congested camps of the country’s Cox’s Bazar, through talks with Myanmar and raising the issues with the UN, nothing concrete has happened so far.
Momen raised fears that if the problem is not solved quickly, it may lead to radicalism and terrorism.
“Our fear is that, if this problem is not solved quickly, it may lead to pockets of radicalism and since terrorists have no borders, no faith, there’s a high possibility of creation of uncertainty in the region which may frustrate our hope for a peaceful, secure and stable region,” he said.
The minister also urged Myanmar to allow non-military observers from its neighbouring nations to resolve the problem at the earliest.
“In order to reduce trust deficit and confidence building, we suggested Myanmar engage non-military civilian observers from friendly countries like China, Russia India or other friends of their choice,” he said.
This may reduce the trust deficit for a sustainable return, the minister said.
“We solicit support from our ARF partners so that these hapless Rohingyas can return to their home in safety, security and dignity, resettle there, and reintegrate in their society. Once they return to their homeland they could be contributing members in the development of Myanmar,” he added.
During the occasion, the minister also urged the region to tackle the COVID-19 pandemic effectively and expressed hope that the vaccine for the diseases would solve the problem permanently.
“COVID-19 showed us that the accumulation of stockpiles of weapons can not save human lives. Rather investment in medical and social areas can protect us from this COVID,” Momen said.
The foreign minister also said that once a vaccine against COVID-19 is developed, it must be available to all without discrimination. (PTI)