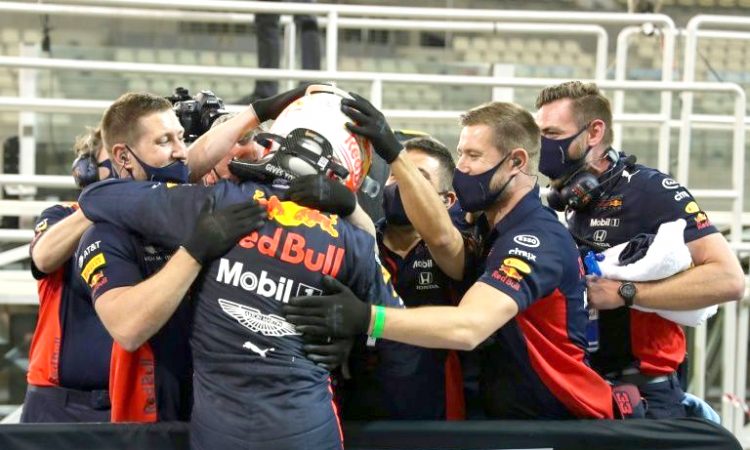 YAS MARINA, December 12: Red Bull’s Max Verstappen clinched his maiden pole position of the campaign on Saturday for the season-ending Abu Dhabi Grand Prix.
The Dutch driver edged Valterri Bottas in second and the Finn’s Mercedes team-mate Lewis Hamilton, who is racing for the first time since winning the championship after contracting coronavirus, in third for Sunday’s Grand Prix.
He secured his first pole since the 2019 Brazilian Grand Prix and the third of his career after clocking his best lap in one minute and 35.246 seconds to beat Bottas of Mercedes by 0.025 seconds.

The top three were separated by only 0.086sec, but it was a disappointment for Mercedes who missed out on pole for only the second time this year.
Lance Stroll of the Mercedes-powered Racing Point team claimed the other.
Lando Norris, equalling his previous best, was fourth for McLaren ahead of Alex Albon in the second Red Bull and Carlos Sainz in the second McLaren.
Having said on Thursday he expected to claim ‘his seat’ for third place again, Verstappen was delighted.
“I am very happy with that. It was a tricky qualifying, but luckily everything came together for me in that final lap,” he said.
“It’s a long season for everyone with a lot of races in a row so this was good for the whole team.” (AFP)