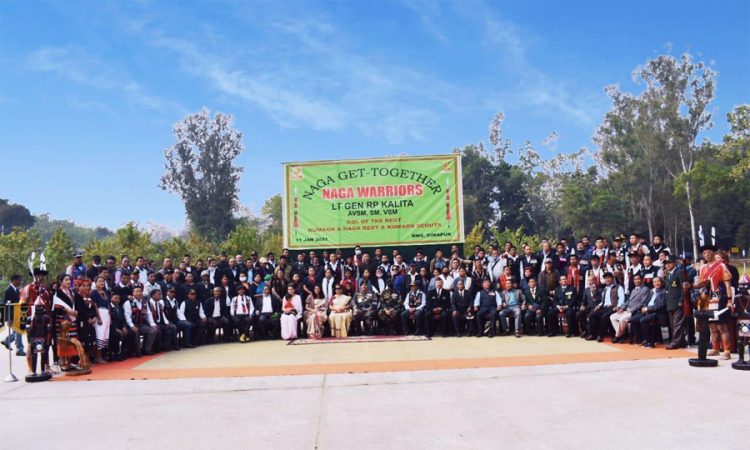 Dimapur, January 11: An ex-servicemen rally was organized for veterans of NAGA Regiment hailing from Nagaland and Manipur by, 164 Inf Bn (TA) NAGA on January 11 at Rangapahar Military Station, Dimapur.
The event was attended by Lt Gen Rana Pratap Kalita, GOC Spear Corps, the serving officers and soldiers of NAGA and KUMAON Regt and a large number of ex-servicemen, Veer Naris and their dependents.
The aim of the event was to reach out to the ex-servicemen and Veer Naris of NAGA Regiment for addressing their grievances, update them on entitlement, benefits and adjustment of pension anomalies.
During the rally, facilities like, updation of Ex-servicemen Contributory Health Scheme (ECHS) & Canteen Smart Card, medical and dental checkup were extended.
The gathering was also informed about skill development programme of State Government and process of recruitment of wards in Indian Army/Territorial Army.
The rally was a step by the Naga Regiment to mitigate the hardship of veterans who are residing in the remotest corners of the Nagaland and Manipur who have served the nation with ‘Guts and Glory’ in true traditions of Indian Army.
(Page News Service)