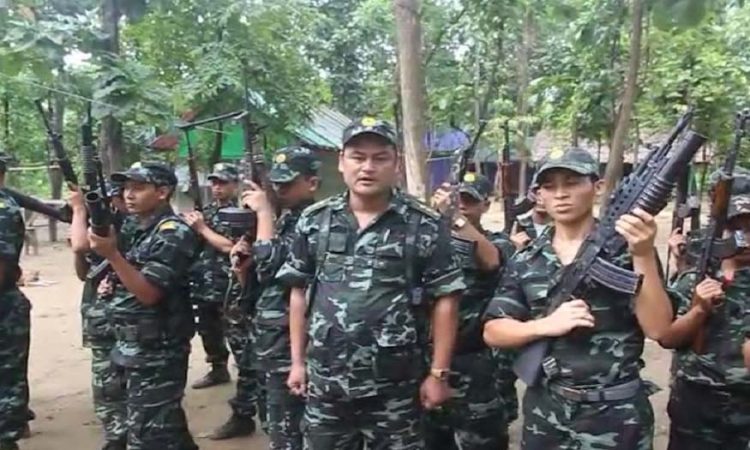 Tezpur(Assam), July 12: Former NDFB cadres, who had surrendered following the signing of the Bodoland Territorial Region (BTR) Peace Accord, have urged the government to fulfil immediately their demands as mentioned in the peace accord.

During the signing of the peace accord, both the BJP government at the Centre and the state had promised to solve their problems, Chairman of Sonitpur district Ex-NDFB Coordination Committee, Ringshar Basumatary said on Monday.
The demands include the release of National Democratic Front of Boroland (NDFB) Chief Ranjan Daimary along with other cadres who are still behind the bars, rehabilitation of NDFB cadres, ex-gratia to family members of the killed NDFB cadres, he said.
The Sonitpur District Ex-NDFB committee held an emergency executive meeting on Sunday at Khawla centre under Dhekiajuli police station of the district along the Assam- Arunachal border.
The Bodoland Territorial Council (BTC) was going to hold a series of recruitment rally as part of the rehabilitation process and the NDFB cadres are likely to be absorbed through this mechanism but they want to be recruited without any interview, Basumatary said.
Following the agreement, the NDFB cadres outside the BTR area are passing through tough times, he claimed.

“If the government is interested in solving the Bodo problem, in the true sense as per the spirit of the accord, they should immediately include Bodo villages of Sonitpur and Biswanath district within the BTR jurisdiction”, he said.
Besides, implementation of Bodo Kachari Welfare Autonomous Council and withdrawal of cases against the NDFB cadresss, Basumatary added. (PTI)