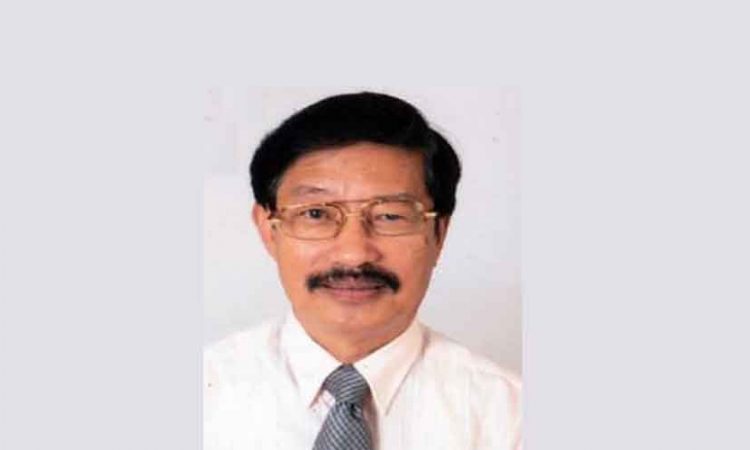 Dimapur, May 6: Former Minister and Vice President of Nagaland Pradesh Congress Committee, Khutovi Sema passed away at Dimapur on Thursday after a prolonged illness. He was 76.

Late Khuvoti served the state in various capacities initially as Government servant and retired as Director (LRD) in 2002 thereafter he became a Member of the Tenth Nagaland Legislative Assembly in 2003 as an Independent candidate and was the Minister for Roads & Bridges.
The Nagaland Pradesh Congress Committee (NPCC) has expressed grief at the death of Khutovi Sema, Vice President of NPCC and former Minister, who passed away at Dimapur on Thursday after a prolonged illness.
In a message, the party described its departed leader as “a rare breed of gentleman politician”. Khutovi had successfully entered electoral politics in 2003 by winning from 33 Suruhuto Assembly Constituency as Independent candidate and became Minister for Roads & Bridges. In January 2008, he formally joined Indian National Congress.
“Despite failing health over the years, Khutovi had remained steadfast in his commitment to the party and his death has sent deep shockwaves among Congress rank and file, as he was one among the few remaining leaders of older generation whose presence gave stability and guidance to younger generations. Our beloved leader will always be remembered as a gentle, soft spoken, decent and large hearted leader not only by party rank & file, but by all people who came across him in person,” it stated.
The party extended condolences to the bereaved family.
Speaker:
Nagaland Assembly Speaker, Sharingain Longkumer has expressed grief at the demise of Khutovi Sema and said he was a humble and soft spoken person whose contributions to the people of the state would be remembered
Longkumer said late Khutovi make immense contribution to the development of the state as Minister for Roads & Bridges.
He, on behalf of the Members of the 13th Nagaland Legislative Assembly and on his own behalf extended heartfelt condolences and prayed to God Almighty to give strength to the bereaved family to bear this great loss with fortitude.
Ex-PAN
The Ex-Parliamentarian’s Association of Nagaland also expressed deep pain at the demise of Khutovi.
It stated that Khutovi did well as a technocrat politician and brought about many vibrant innovative ideas in development.
“At this moment of grief, it is our prayer that the Almighty God gives solace and comfort to the bereaved family members,” it stated.
BJP Nagaland
The President of BJP Nagaland unit, Temjen Imna Along has mourned the death of Khutovi, while describing him as a refined gentleman.
“The rank and file of BJP Nagaland join me in conveying our deepest condolences to the bereaved family and loved ones of the Khutovi. We sincerely pray for the dearly departed soul to rest in eternal peace,” Along stated in a message.

NPCC Minority Deptt:
Nagaland Pradesh Congress Committee Minority Department rank and file conveyed heartfelt condolences to the family of Khutovi Sema, Vice President NPCC and Ex-Minister & all the others who are grieving his untimely death and prayed for his soul to rest in peace.
The NPCC Minority Department said with his sudden demise, Nagaland has lost very promising leader with clean image and who understood the masses.
Vice President of NSCN/GPRN (R)
The Vice President of NSCN/GPRN (R)Akato Chophi expressed pain at the death of Khutovi. Chopi described the departed leader as a broad minded frontrunner, a torchbearer and a pioneer in many fields.
He extended condolences to the bereaved family members.
(Page News Service)