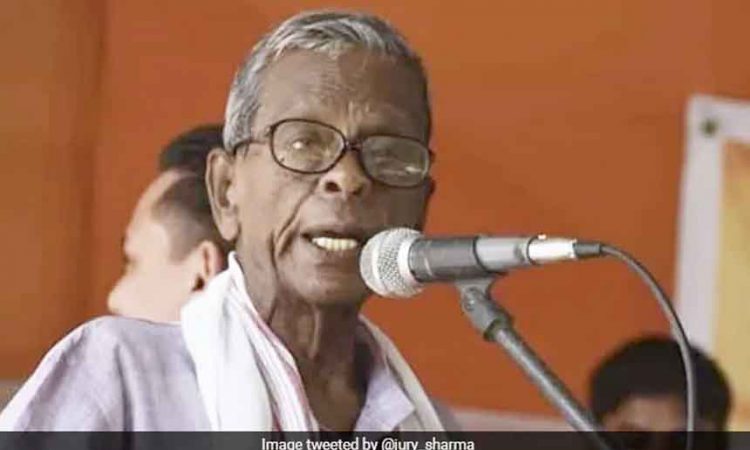 Guwahati, April 18: Former Assam chief minister Bhumidhar Barman died on Sunday evening at a private hospital in Guwahati after a prolonged illness, his family said.
He was 91.

Barman, a veteran Congress leader, was a two-time chief minister of the state.
The Assam government declared three-day state mourning as a mark of respect to Barman.
In a statement, the government said that his body will be cremated with full state honour.
Barman’s first term as the chief minister lasted from April 22 to May 14, 1996 when his predecessor Hiteswar Saikia died.
He was again made the chief minister in 2010 when then CM Tarun Gogoi had gone to Mumbai for his heart surgery.
Barman was a minister in both Hiteswar Saikia and Tarun Gogoi governments, holding important portfolios like Health, Education and Revenue, among others.
The seven-term MLA was first elected to the Assam Assembly in 1967, as per the official records.
He represented Borkhetry in the Nalbari district for four terms.
His son Diganta Barman contested from the seat in 2016 and lost. He was also the Congress candidate from the seat this time.
Barman was also the two-time MLA of Nalbari West, and once won the election from Dharmapur.
A doctor by profession, Barman had graduated from Assam Medical College in Dibrugarh in 1958.
He is survived by a son and three daughters. His wife predeceased him.