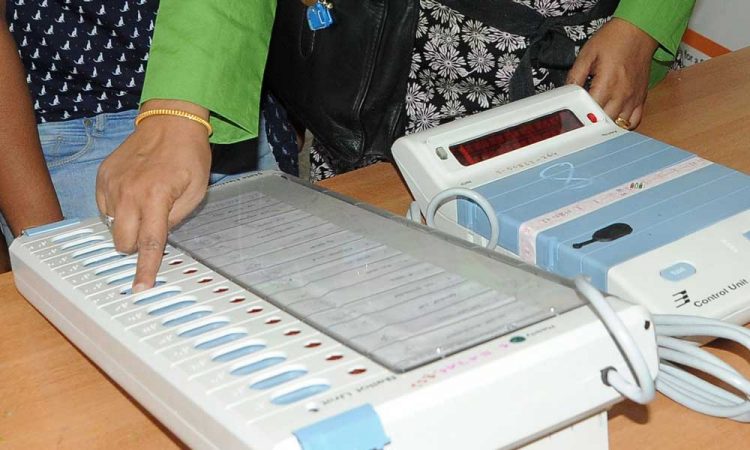 New Delhi, January 22: In its complaint, the poll body has asked the police to charge the US-based hacker under Section 505(1)(b) of the IPC and other relevant provisions of the law for engaging in public mischief by spreading rumours.
The EC has asked the police to “investigate promptly” the statement made by Shuja yesterday at an event in London that the Electronic Voting Machines (EVMs) can be tampered with and that the 2014 Lok Sabha elections were rigged.
Requesting a probe, the EC in its letter to the Delhi Police has stated that the hacker has claimed that he was part of the EVM design team and can hack the EVMs used in elections in India.
Meanwhile, the BJP has dubbed the allegations of rigging in the 2014 polls, made at a London press conference, a “Congress-sponsored conspiracy” designed to “defame” Indian democracy and its Election Commission. (PTI)