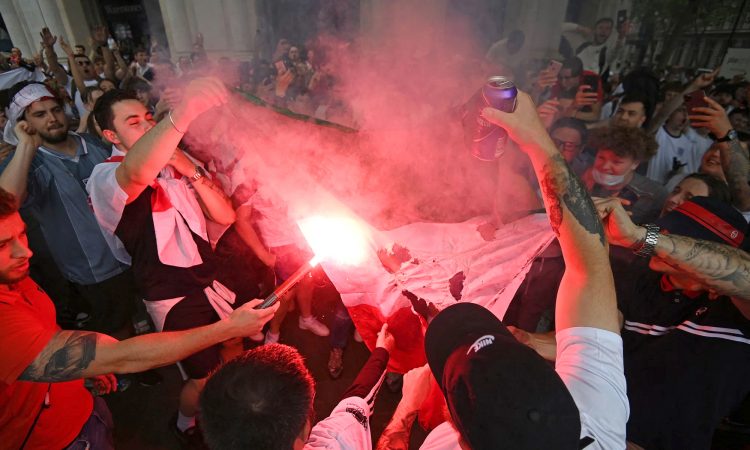 An Italian flag is burned as England fans gather in central London ahead of the UEFA EURO 2020 final football match between England and Italy on July 11, 2021. AFP

LONDON, July 12: British police made 49 arrests and said 19 of its officers were injured after confronting volatile crowds near Wembley Stadium while policing the Euro 2020 final between Italy and England on Sunday.

The victim’s six-year-old niece was also wounded in the attack and was in a “very serious” condition, media said.
Italy won the championship in London for the first time since 1968, with a 3-2 penalty shootout win after the teams had fought out a 1-1 extra-time draw. (Reuters/AFP)