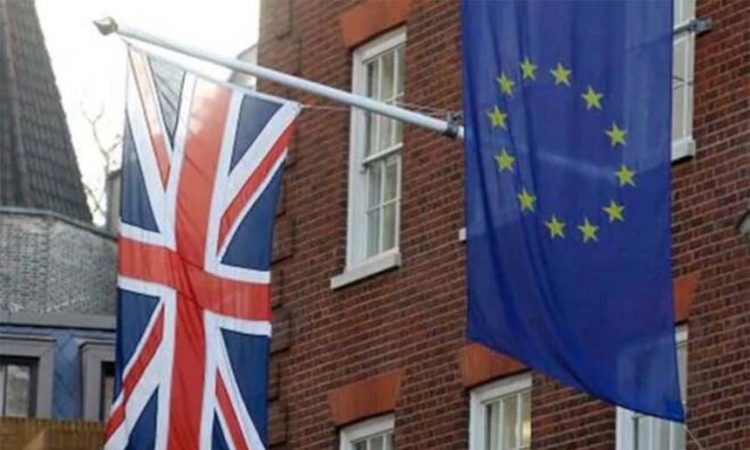 London, June 8: The European Union’s chief Brexit negotiator says the bloc is ready to act firmly and resolutely if the UK fails to honour its commitments under the divorce deal that was supposed to keep trade flowing after Britain left the EU.

Maros Sefcovic’s comments, published Tuesday in the Daily Telegraph newspaper, came a day before he holds talks with his U.K. counterpart on implementing the deal.
The relationship between the two sides has grown tense amid concerns over the so-called Northern Ireland protocol, which was designed to protect the peace process in Northern Ireland while preserving economic links with the Republic of Ireland, an EU member state.
The protocol has sparked anger in Northern Ireland because it creates a customs border between the region and the rest of the UK, but the EU says the provisions are needed to protect the bloc’s single market.
The UK angered Brussels earlier this year when it unilaterally extended a grace period delaying the inspection of many supermarket items shipped to Northern Ireland from England, Scotland and Wales. The Telegraph reported that the UK may extend this action to include chilled meats such as sausages and ground beef.
Sefcovic cautioned against such action, saying negotiators should strive to achieve mutually agreed compliance paths.

If this does not happen, and if the UK takes further unilateral action over the coming weeks, the EU will not be shy in reacting swiftly, firmly and resolutely to ensure that the UK abides by its international law obligations.
While Sefcovic didn’t specify what those actions might be, the Times of London quoted an unidentified EU official as saying the bloc was ready to impose trade sanctions and retaliatory tariffs. (AP)