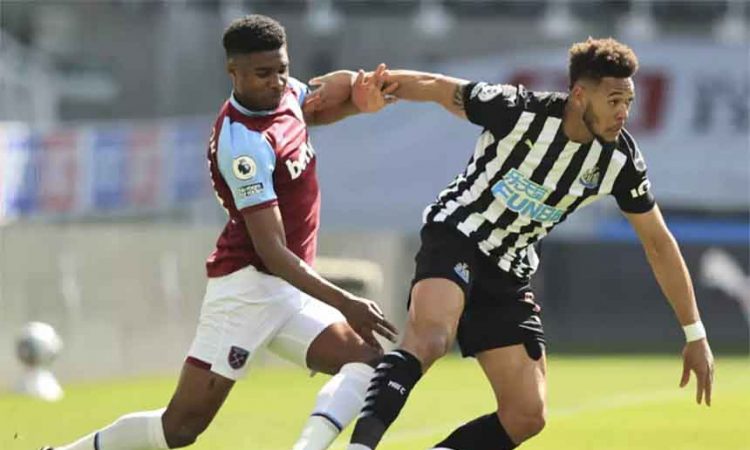 NEWCASTLE, April 17: West Ham United’s top-four hopes were dealt a big blow as Joe Willock’s late header earned Newcastle United a 3-2 win in a see-saw clash on Saturday – a result that put the hosts within sight of Premier League safety.

The London club capitulated in the first half with an Issa Diop own goal and a Lukasz Fabianski blunder that allowed Joelinton to give Newcastle a 2-0 lead at the interval, while West Ham also had Craig Dawson sent off.
But the second half saw the London side produce a stunning revival.
Diop scored at the right end to give West Ham hope in the 73rd minute, and Jesse Lingard then converted a penalty to make it 2-2 with little under 10 minutes remaining.
But there was a final cruel twist for the visitors as Newcastle substitute Joe Willock headed home a late winner.
West Ham could not respond again, and they remain in fourth place with 55 points from 32 games, one point above Chelsea who have a game in hand.
Newcastle moved nine points clear of third-from-bottom Fulham. (Courtesy: Reuters)