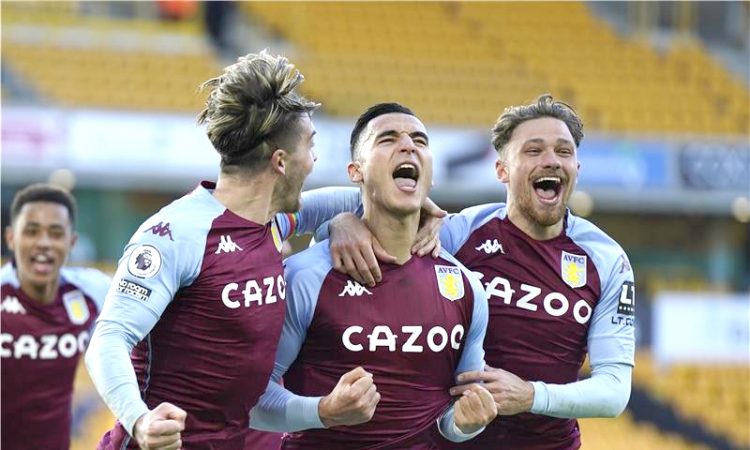 WOLVERHAMPTON, December 12: Aston Villa snatched a 1-0 win at Wolverhampton Wanderers in the Premier League on Saturday after substitute Anwar ElGhazi drilled in a stoppage-time penalty as both sides finished the game with 10 men.
Villa had Douglas Luiz sent off in the 85th minute and Wolves midfielder Joao Moutinho was dismissed shortly after the visitors scored against the run of play to register their fourth away win of the season.
The result lifted Villa up to eighth on 18 points from 10 games while Wolves, again sorely missing injured striker Raul Jimenez, stayed 11th on 17 points from 12 games.
The home side looked more likely to grab the winner in a dour clash, with their 18-year old striker Fabio Silva hitting the post midway through the second half as he made his first start for the club.
Villa keeper Emiliano Martinez pulled off several fine saves, taming a stinging low shot from Daniel Podence before he somehow kept out a fierce Leander Dendoncker volley 10 minutes from time.
When the match seemed to be heading for a draw, Nelson Semedo hauled down John McGinn in the penalty area and El-Ghazi made no mistake with the spot-kick as he blasted the ball past keeper Rui Patricio. (Reuters)