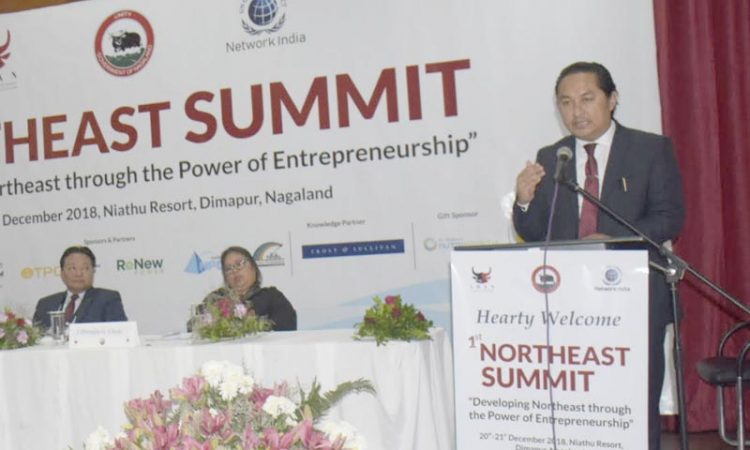 Dimapur, December 21: Advisor, Industries & Commerce, Imnatiba Jamir today said that a successful entrepreneur ought to be decisive and action-oriented.
Addressing the valedictory function of the 1st North East Summit for developing Northeast through the power of entrepreneurship, Imnatiba said entrepreneurs can do larger than the Government and maintained that budding entrepreneurs were lucky to learn from the successful entrepreneurs of Nagaland and also from the experts from across the country.
While stating that with changing times, Government of India has been giving more importance to road and air connectivity, Jamir said, “Before investors come, our people should be skilled, should be able to collaborate with the investors and it is important that all sections of the people grow together positively to enhance our economy through entrepreneurship. ”
Remarking that the presence of more than 700 Indian collaborated Chinese companies had influenced the think tanks of India to come up with the Act East Policy, Jamir said, “We have to control the economy of the South East Asian countries.”
Dwelling on the importance of a right policy for attracting investors, Jamir expressed happiness saying that the summit has happened at the right time, as his department was currently revamping the Industrial Policy.
He was confident that the department’s officials have been enriched through the event, with experts from across the country, who understands the dynamics of global markets.
Challenging each and every delegate to ensure that the summit bears fruit, Jamir felt that there should be by – product of every such events. He was optimistic that Investment & Development Authority of Nagaland (IDAN) would play a critical role in supporting the State’s economy, enhancing conservation efforts and also enhancing the capacity of the entrepreneurs.
Executive Director, GCNI, Kamal Singh, while delivering the summary of deliberations noted North East region as homogeneous, gateway to South East Asia, need for expansion through integration and marketing.
He also pointed out on the abundance of human capital in the region, knowledge network, conducive environment and immense potential for growth and sustainable development.
Pointing out about the ignorance of CSR, Singh felt the need for bringing more companies for investing in the NE region and looked forward for more CSRs.
Observing that the summit has met more than expectations, Singh said that he was thrilled and lauded the local leadership led by the CEO, IDAN, Alemtemshi Jamir.
Commissioner and Secretary, Industries and Commerce, Lithrongla Chishi gave the concluding remarks at the valedictory session.
Earlier, during day 2 of the summit, four sessions of panel discussions were held which covered pertinent topics including Innovative Financing building Northeast Ecosystem, Power of Entrepreneurship towards Sustainable development, Tourism and Hospitality, Textiles, Agriculture and food processing, Leveraging CSR for development of Northeast. Many entrepreneurs shared their experiences and success stories during the panel discussions. (Page News Service)

Water is the basis of everything: DC Dimapur 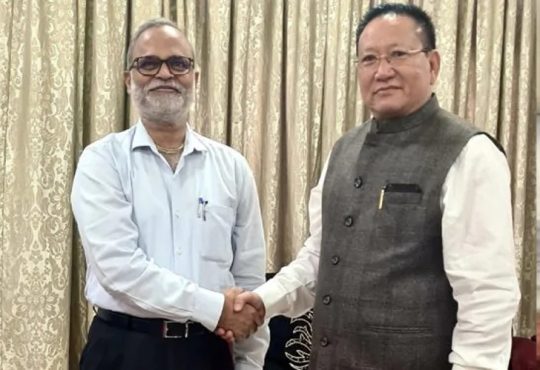