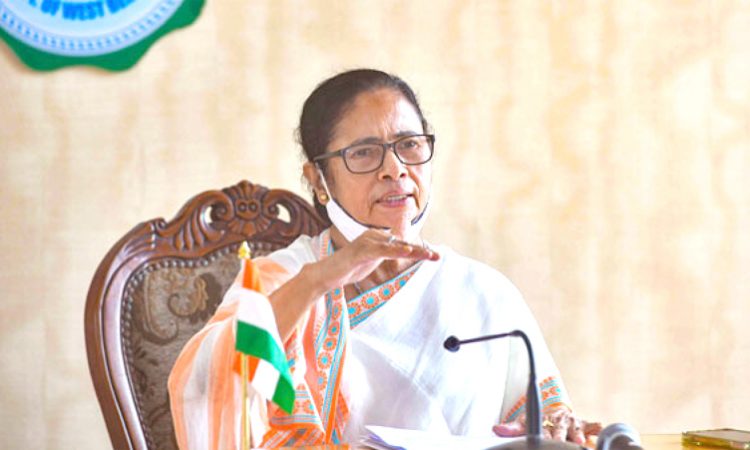 Kolkata, August 2: West Bengal Chief Minister Mamata Banerjee on Monday said TMC’s poll slogan khela hobe’ (there will be a game) has become immensely popular among people, and the entire country will be witness to a match that will be played in the days to come, apparently hinting at the 2024 Lok Sabha elections.

The TMC supremo also said that Bengal will take pride in showing India the way.
“You may or may not agree but it’s a fact that the slogan has become very popular in the country. In Parliament and several states like UP and Rajasthan, too, the slogan was raised,” she maintained after inaugurating here the ‘Khela Hobe’ scheme, under which footballs will be distributed among sports clubs.
Banerjee further said that a brief game has been played thus far, and more is in the offing.
“Bengal can take pride in showing people the way in this match. Remember, in the near future, the entire country will be witness to a game. There cannot be any life without khela (game),” she asserted.
The feisty TMC boss said she has heard people chanting the slogan everywhere she went during electioneering for the assembly polls, held earlier in the year.
The Mamata Banerjee government has decided to observe Khela Hobe Divas’ on August 16, taking after its popular slogan, to commemorate the death of 16 football fans who had died in a stampede during a Derby match in the city in 1980.
Distributing 10 footballs each to 303 clubs affiliated to the Indian Football Association (IFA), she said over one lakh more will be handed over to players and coaches in the rural areas.

Noting that her government has provided financial assistance of Rs 5 lakh each to at least 25,000 clubs in the state, Banerjee said those taking part in matches organised on the occasion of the ‘Khela Hobe’ Divas would be given additional Rs 15,000. (PTI)