HomeSportsEntertainment in sport is about quality not what happens in stands: Holding
Sports
12 months agoNo tags 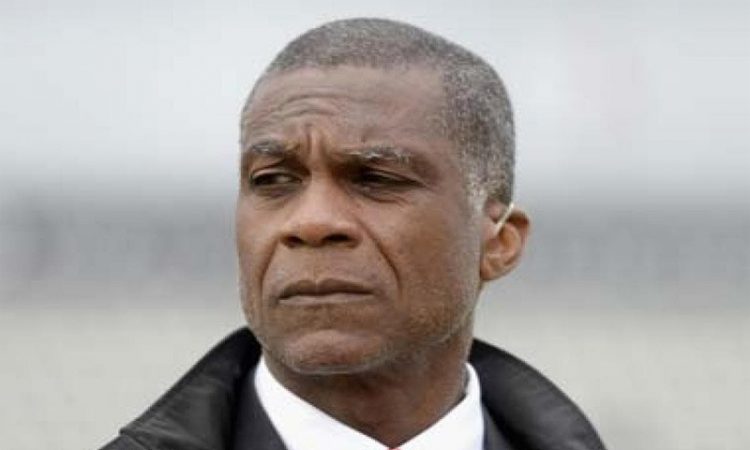 New Delhi, June 28: Spectators certainly add to any high octane contest but the entertainment value of any sport can only be determined by its quality as the English Premier League has shown since its resumption amid the COVID-19 pandemic, feels fast bowling great Michael Holding.
International cricket will be resuming with the much-awaited Test series between England and the West Indies at the Old Trafford from July 8 in a ‘bio-secure’ spectator-less environment.
Will cricket in the COVID-19 times be devoid of fun and entertainment with fans being kept away?
“Entertainment in any sport is determined by the standard of play in that sport and not by what is happening in the stands,” Holding, one of the most respected voices in world cricket, told PTI in an exclusive interaction.
Holding, who spends most of his time in the UK, gave an example of how the quality of EPL’s games didn’t take a hit despite matches being played in front of empty stands.
“Crowds are very important to add the atmosphere but like football, that has restarted in the UK, the entertainment has been the standard of football played,” Holding said.
While the whole world is debating on the ban on saliva to shine the ball, one of the greatest of all time believes that it won’t be that big a problem.
“As I have said before, I don’t see the ban on using saliva being a problem. Perspiration does the same thing unless the polisher has something other than just saliva in his mouth,” Holding said, possibly referring to the sugary candies or mint that fielders use to make the saliva heavy.
Asked if the economic implications of COVID-19 will hurt Test cricket in coming days as boards might be inclined to play more white-ball bilaterals, he answered in negative.
“I dont see how that should affect the type of cricket played,” Holding said.
He believes that since TV broadcast money is the main source of income, number of live match days will sort the issue.
“I would think the most money going into the coffers of cricket boards will be from TV contracts. That being the case, it should be a matter of supplying the number of days of cricket that the contract says,” he said.
Despite being among the top three commentators in world cricket, Holding has never been a part of the IPL bandwagon all these years.
The reason being his reservations with the shortest format of the game.
“You haven’t seen me in the IPL and you haven’t seen me (commentating) on any T20 game because I don’t do that form of the game,” said Holding, who is not known to mince words.
Holding last did commentary in India back in 2014 in a truncated series between India and the West Indies where the Caribbean players pulled out due to a pay dispute with their cricket board.
Asked why he has not been seen in the BCCI’s panel of foreign commentators, Holding said that he primarily works in England and South Africa.
“As for doing cricket that India is involved in, I am sure you’ve seen me on India-England series and India versus South Africa series.
“I work in England and SA so if they are in those countries I work on those series. I worked on the India-West Indies series that was abandoned in 2014,” said Holding, who played 60 Tests and 102 ODIs for the West Indies.
The next year will be the last that the 66-year-old will be seen as an active commentator.
So what are the post retirement plans? “My post retirement will consist of as little as possible. That’s what retirement means I think,” the ‘Whispering Death’ concluded. (PTI)