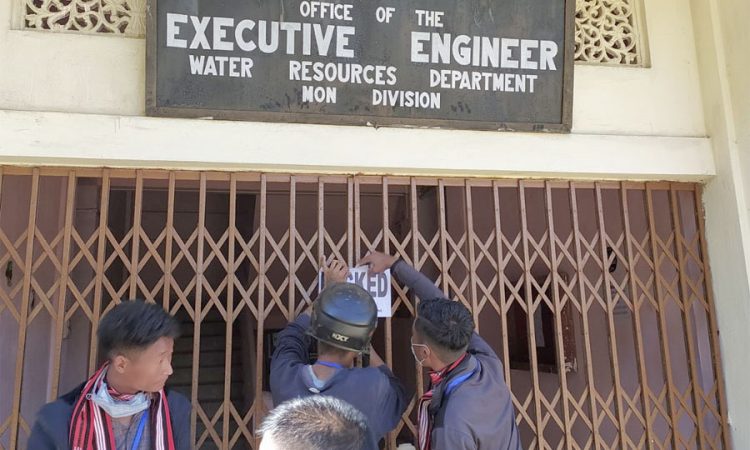 While the Federation acknowledged the continuous effort of the Chief Minister for the concern and commitment shown towards the Federation to settle the issue in regard to the agitation called by it and the demands pertaining to NSSB and NPSC, the ENSF, however, stated that the proposed democratic indefinite agitation will continue in the entire Eastern jurisdiction until the demands are fulfilled.
ENSF president, Sepili L Sangtam said the 3rd day of the 2nd phase of the proposed democratic indefinite agitation called by the Eastern Naga Students Federation (ENSF) passed off peacefully and successfully.
Locking down of Government offices and restriction of movement of Government registered vehicles by the 6 federating units at respective headquarters passed of peacefully.
Today, 2 vehicles were seized by the federating units at 2 different jurisdictions.
The Federation further extended gratitude to the 6 federating units for their continued support and cooperation for the cause. The Federation also directed all the 6 federating units that the 2nd phase of Day 3 indefinite democratic agitation remains the same as per the directives issued. (Page News Service)