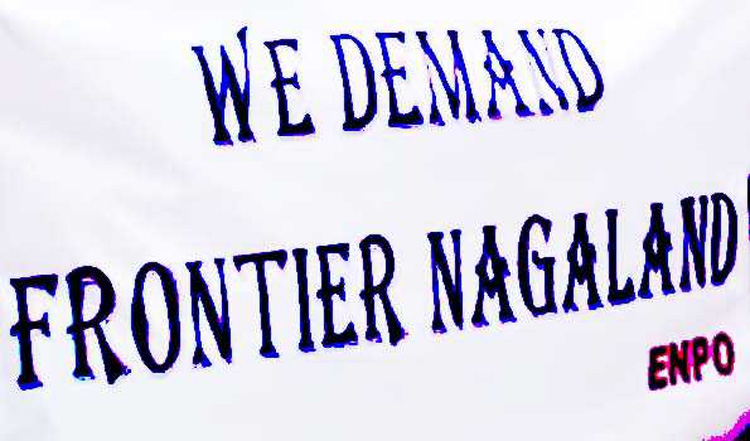 GUWAHATI, August 12: An influential tribal organisation in Nagaland has intensified its demand to bifurcate the state for the creation of “Frontier Nagaland” state.
The demand of Eastern Nagaland People’s Organisation (ENPO) is perceived to be in conflict with the demand of major rebel group National Socialist Council of Nagalim (NSCN-IM) which envisages the integration of Naga-inhabited areas of neighbouring Assam, Manipur and Arunachal Pradesh with Nagaland for the creation of a unified Naga homeland called “Greater Nagaland”.
Just days after the ENPO took a decision on non-participation in Independence Day celebration under its jurisdiction which comprises the four “backward” eastern Nagaland districts of Tuensang, Mon, Kiphire and Longleng, the Centre has invited the tribal organisation to Delhi on August 13 for talks.
The ENPO said decades of neglect of the region forced them to raise the demand of Frontier Nagaland state.
“We had no problem when we were under NEFA (erstwhile North-East Frontier Agency). Today, we are far behind from the rest of Nagaland as regards development. We want to have our own administration so that we can try and develop ourselves. We demand Frontier Nagaland state for our basic needs. To survive, you need food, clothing and shelter. We don’t have these,” ENPO president Kekongchem Yimchunger told The New Indian Express.
The four districts together were once Tuensang which was a part of NEFA until being attached to the Naga Hills district in 1957. When Nagaland attained statehood in 1963, it became a part of the state.
“We are deprived in every aspect. We thought only a separate state can help us address our problems. The four districts constitute around 40 per cent of Nagaland’s geographical area but their representation in government services is a mere eight per cent,” Kekongchem said.
He refused to agree the Frontier Nagaland demand was in conflict with the NSCN-IM’s Greater Nagaland demand.
“The Naga political issue is about the Naga identity. We are also part of it. Our demand for Frontier Nagaland state is purely for domestic reasons. It shouldn’t be misconstrued,” he categorically said.
“We will welcome if the Naga-inhabited areas of Assam, Manipur and Arunachal Pradesh are integrated. But at the same time, we also want to survive. We cannot survive under the current arrangement. We are fighting for our survival,” the ENPO president said.
The four-member ENPO delegation left for New Delhi on Monday to hold talks with senior officials of Union Home Ministry. (Courtesy: TNIE)