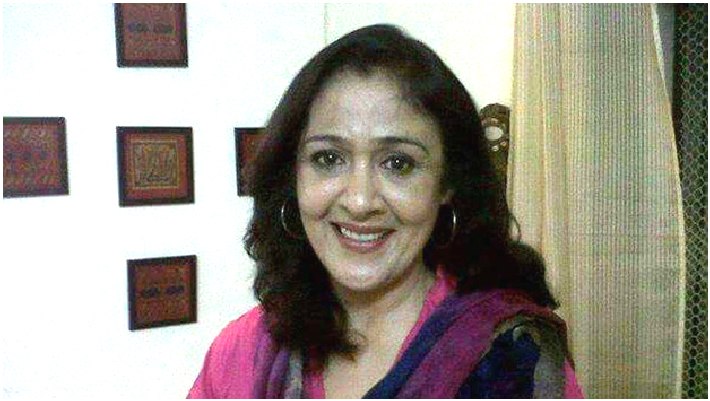 Actress Sujata Kumar, best-known for her role in Sridevi’s 2012 film English Vinglish, died of cancer last night, her sister Suchitra Krishnamoorthi tweeted. Ms Krishnamoorthi, a singer, is Sujata Kumar’s younger sister. She was admitted to Mumbai’s Lilavati Hospital. “Our beloved Sujata Kumar has passed away and moved on to a better place leaving us with an unimaginable void. She left us an hour ago at 11.26 pm on the 19th of August 2018. Life can never be the same again,” Suchitra Krishnamoorthi wrote on Sunday night. News agency PTI reports that Sujata Kumar was suffering from fourth stage metastatic cancer. “Her condition worsened day before yesterday at the hospital,” a source said.
Sujata Kumar’s last rites were held at Juhu Crematorium.
On Saturday, she had posted about Sujata Kumar’s health condition and wrote, “It feels like somebody’s plunged a hard cold knife into my heart and ripped the ground from under my feet as I sit outside ICU & pray for my big sister, my mother, my best friend and my darling Sujata Kumar, as she battles for her life inside. Please join me & my family in our prayers for her. Please pray for my darling sister Sujata Kumar.”
Suchitra Krishnamoorthi had earlier shared a picture of Sridevi and her sister Sujata from English Vinglish sets. Sridevi died in February in Dubai.
In Gauri Shinde’s English Vinglish, Sujata Kumar played Manu, Sridevi’s sister, who stayed in the US. Apart from English Vinglish, Sujata Kumar worked in films such as Gori Tere Pyar Mein, Guzaarish and Raanjhanaa. She was also a part of Anil Kapoor’s TV show 24.