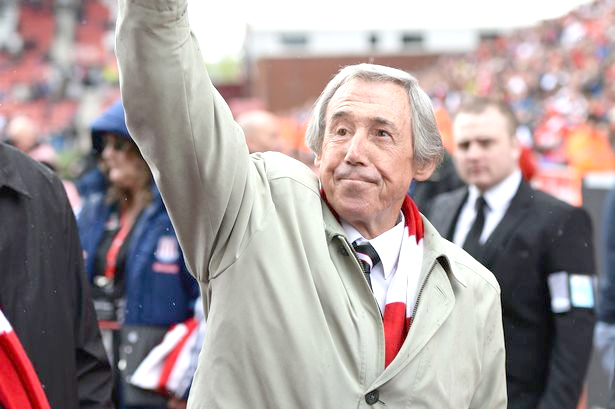 STOKE-ON-TRENT (England), February 12: Gordon Banks, the goalkeeper in England’s 1966 World Cup-winning team, has died at the age of 81, his former club Stoke City said on Tuesday.
Banks won 73 caps for England between 1963 and 1972 and made nearly 200 appearances for Stoke before his playing career was brought to an end due to a car crash that cost him the sight in one eye.
He was widely regarded as one of the greatest goalkeepers to have played the game and will be best remembered for the diving stop he made to deny Brazil’s Pele at the 1970 World Cup, which later became known as the “save of the century”.
“It is with great sadness that we announce that Gordon passed away peacefully overnight,” Banks’ family said in a statement posted on Stoke’s official website.
“We are devastated to lose him but we have so many happy memories and could not have been more proud of him.”
Banks played every game in the 1966 World Cup including the 4-2 victory over West Germany in the final at Wembley — the only time England has won the world title.
Four years later though, in Mexico, he produced one of the most outstanding saves in the history of the tournament in a group game between England and Brazil, which Brazil won 1-0.
Pele rose to head a cross from the byline by right-winger Jairzinho, thundering the header down towards Banks’ right hand post.
The ball appeared to be past Banks but his agility and strength saw him get down and palm it high and wide to safety.
Pele travelled to Stoke 38 years later to unveil a statue to Banks and recalled the save.
“From the moment I headed it, I was sure it had gone in,” he said.
“After I headed the ball, I had already began to jump to celebrate the goal. Then I looked back and I couldn’t believe it hadn’t gone in. I have scored more than a thousand goals in my life and the thing people always talk to me about is the one I didn’t score,” he said.
Banks recalled the moment modestly as a piece of good fortune.
“As soon as I got my hand to it, I thought it was going in the top corner,” he said. (Agencies)