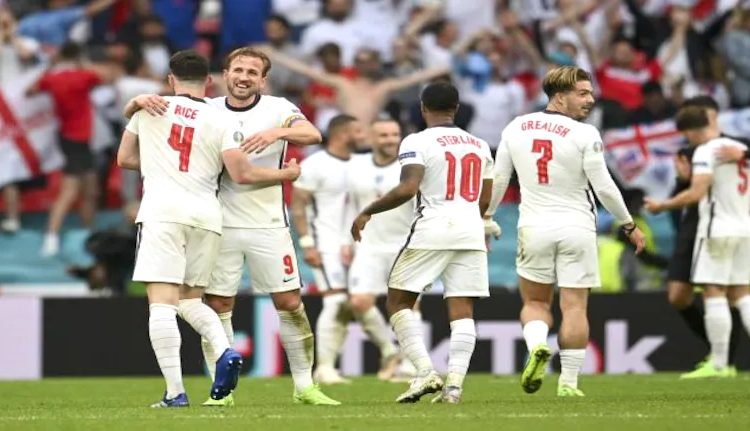 From left, England's Declan Rice, Harry Kane, Raheem Sterling and Jack Grealish celebrate at the end of the Euro 2020 soccer championship round of 16 match between England and Germany, at Wembley stadium in London, Tuesday, June 29, 2021. England won 2-0. (Andy Rain, Pool via AP)

LONDON, June 30: Raheem Sterling and Harry Kane fired England into the Euro 2020 quarter-finals as they sealed a 2-0 win against Germany that ended decades of hurt at the hands of their bitter rivals on Tuesday.
Sterling struck with 15 minutes left in a tense last 16 tie at Wembley before Kane clinched England’s first knockout stage victory over Germany since 1966.

But his replacement Dovbyk was the hero as he chose the perfect time to score his first international goal. (AFP)